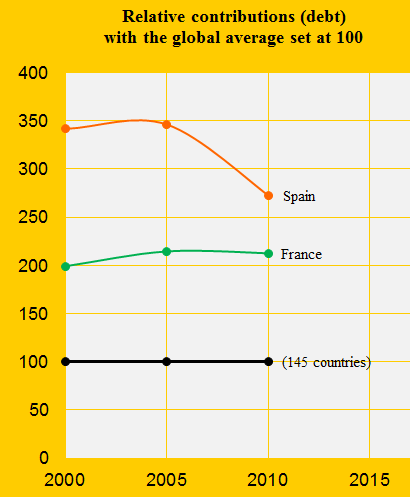 The two diagrams below show France’s and Spain’s annual CO2 Emissions per capita since 2000. The green bars are the Contribution Free Levels. The promising reductions the last 3-4 years appear a decade too late and are coincidences with the financial crisis.

France has increased the total forest cover from 26.4% in 1990 to 29.0% in 2010 and the corresponding figures in Spain are impressive: from 27.7% to 36.4%. Had Spain not increased its forest cover since 1990, then the extra cost in Climate Contribution would have been $18 billion. The two diagrams below show the development of forest cover over the last three decades. 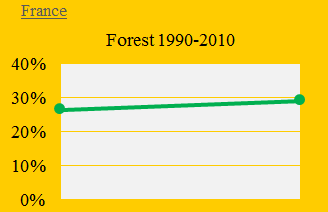 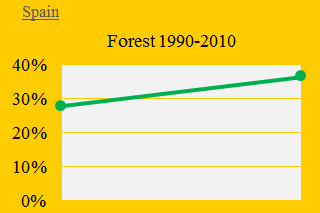 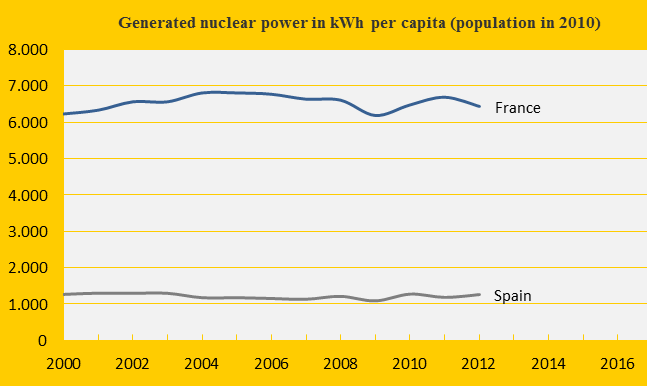 The diagram below shows the development in GDP(ppp-$) for France, Spain, Germany, Greece and the world average (the blue dots). The financial crisis struck the world in 2008.

The last two diagrams (below) illustrate the climate change positions of France and Spain. The French Contribution is due to lack of reductions in CO2 Emissions and Nuclear Power in 2000-2010 compared to the high levels in the 1990s. The Spanish Contribution is even larger because of significantly increasing CO2 Emissions in the first decade of the century compared to the 1990s.