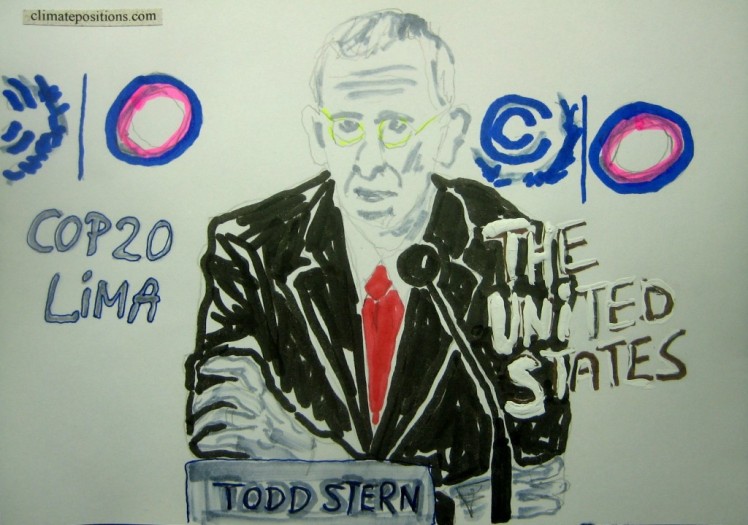 To better understand the depressing COP processes see these four webcasts from the ‘official website‘ (with all webcasts):

Around the same time, in a nearby room, the International Emissions Trading Association (IETA) held an event (with speakers from Shell and the World Coal Association) titled: “Why Divest from Fossil Fuels When a Future with Low Emission Fossil Energy Use is Already a Reality?” The Huffington Post describes the bizarre event in this article: ‘A Fossil Fuel Scandal at the Climate Talks in Lima’.

¹In the broadest sense of the word (not necessarily a clinical depression).