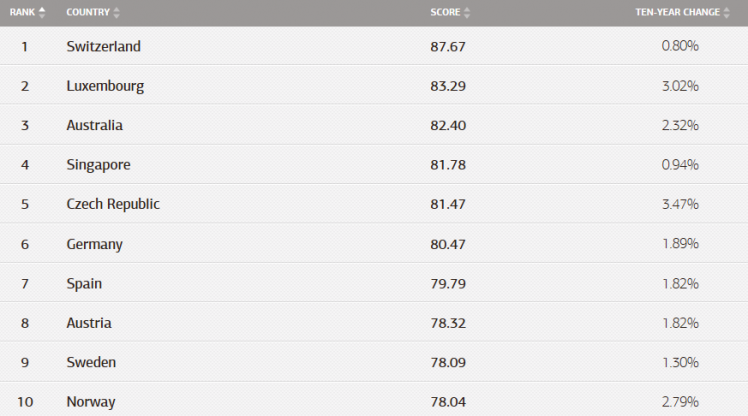 The average national scores in the Environmental Performance Index (since 2006) are being used as an indicator in ClimatePositions (the data year is set at two years prior to the release year). Updated Environmental Performance scores of the 178 countries are now available with illustrative diagrams in the menu “Calculation (Excel)”. See an example with the development of the best performing Contribution Free country Costa Rica and the poorly performing country Angola in the diagram below, with the global average set at 100. Had Costa Rica performed as poorly as Angola since 2004, then the Climate Contribution (climate debt) would have been $71 million or $16 per capita, instead of Contribution Free. 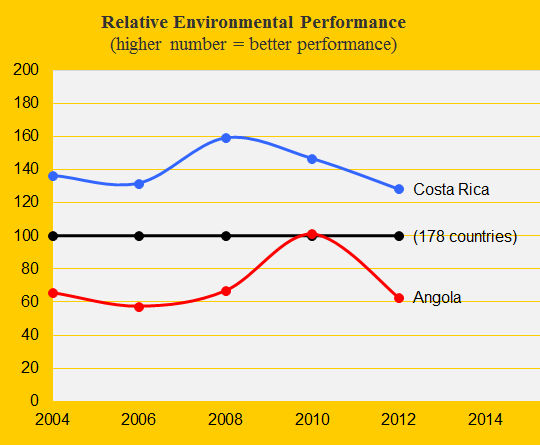 A top ranking in the Environmental Performance Index is not a guarantee of sustainability as the following comparative statistics show (with different statistical year span):

The Environmental Performance Index includes many important indicators but pay little attention to climate change (the national CO2 Emissions) and the consumption of the planet’s limited resources.