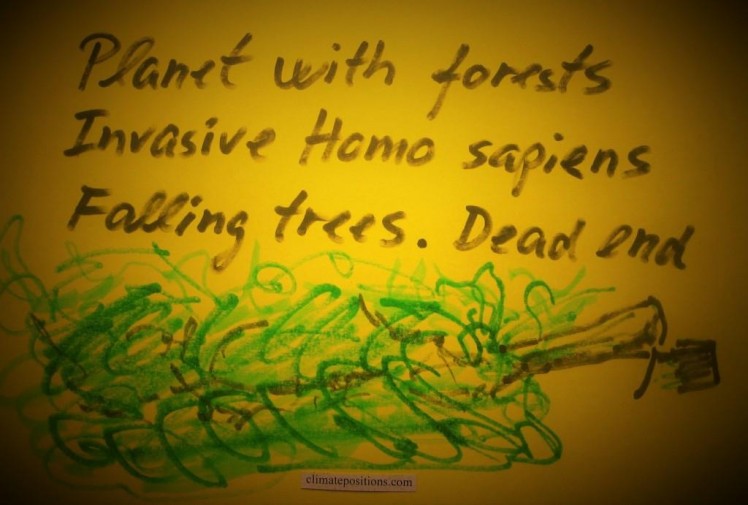 Forest Cover is determined both by the presence of trees and the absence of other predominant land uses. The trees should reach a minimum height of 5 m. Areas under reforestation that are expected to reach a tree height of 5 m and a canopy cover of 10% are included, as are areas which are expected to regenerate after for example human intervention. Included are also areas with bamboo and palms provided that height and canopy cover criteria are met as well as forest roads, firebreaks and small open areas. Excluded are trees in agricultural production systems (fruit plantations and agroforestry) and trees in urban parks and gardens.

According to the ‘Millennium Development Goals Report 2015’ the planet’s Forest Cover is about 30% of the land area. In recent years, the loss of forest area has slowed, due to a slight decrease in deforestation and an increase in afforestation, as well as the natural expansion of forests. Roughly, one third of the global Forest Cover is Primary Forests. The planet’s Forest Cover has decreased about 3% since 1990 and Primary Forests has decreased about 3% since 2000.

A different approach on forests is revealed in a new study: ‘Mapping tree density at a global scale’, published in the journal Nature. Read also the article ‘Scientists reveal there are 3tn trees in the world‘ from Guardian. Using a combination of satellite and ground measurements (400,000 squares of 100×100 m) researchers estimated that there are about 3.04 trillion trees of more than 10 cm in diameter on the planet¹. The study finds that nearly half the world’s trees (45.8%) are lost since the start of civilization due to human activities. Today, the net loss is around 0.33% annually (which is considerably higher than the loss of Forest Cover).

To illustrate the negative development the loss of trees (0.33% loss per year) can be compared to the growing world population (0.33% loss per year) to the increasing world population (1.12% growth per year): Today, the planet hosts 420 trees per human … in 2000 the number was around 524 trees per human. In prehistoric times, 12,000 years ago, the number of trees was probably one-two million for each of the four million humans.

As for Forest Cover, the number of trees is not a reliably metric for measuring the health of an ecosystem (the Amazon rainforests outperform by far a plantation of many of the same trees). Supposedly, the study do not change our understanding of the role that forests plays in slowing manmade climate change because the amount of carbon which the world’s trees can store is already well-studied.

The table below shows the Forest Cover in 1990 (ranking), 2010 and 2015 as percentage of the total area of 81 countries with Climate Debt and India and Lithuania with sufficient Forest Cover-increase to cut the small Climate Debt to zero. The three last columns show the updated accumulated Climate Debt per capita and the amount caused by changed Forest Cover since 1990 and 2010.

¹The trees are located as follows: 46% in tropical and subtropical forests, 24% in boreal regions, 20% in temperate regions and 10% elsewhere.

Data on national and global Populations: EIA, U.S. Energy Information Administration (links in the menu “Calculations”). Data on pre-historic population is from: ‘https://en.wikipedia.org/wiki/World_population#/media/File:World_population_growth_(lin-log_scale).png‘