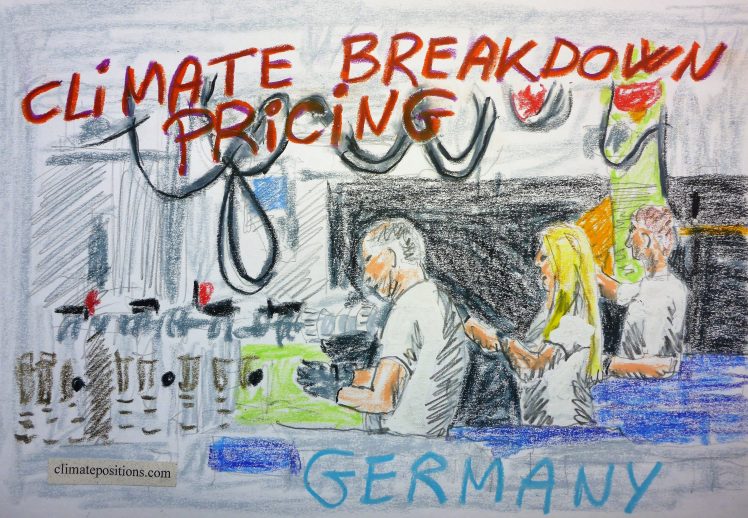 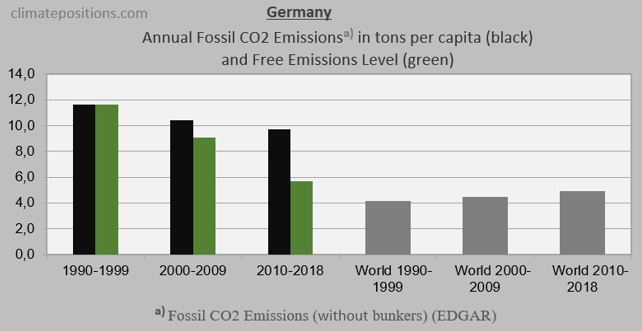 The third diagram shows the Climate Debt as ‘Share of global Climate Debt‘ in 2010, 2015 and 2020, of Germany, France and United Kingdom.

The fourth diagram shows the ‘per capita Climate Debt‘ trends between 2010 and 2020, with World average set at 1, of Germany, France, United Kingdom, Poland, Austria and Belgium. 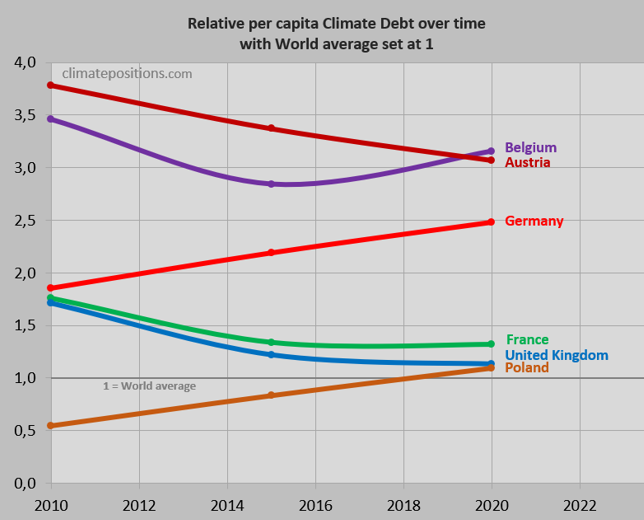 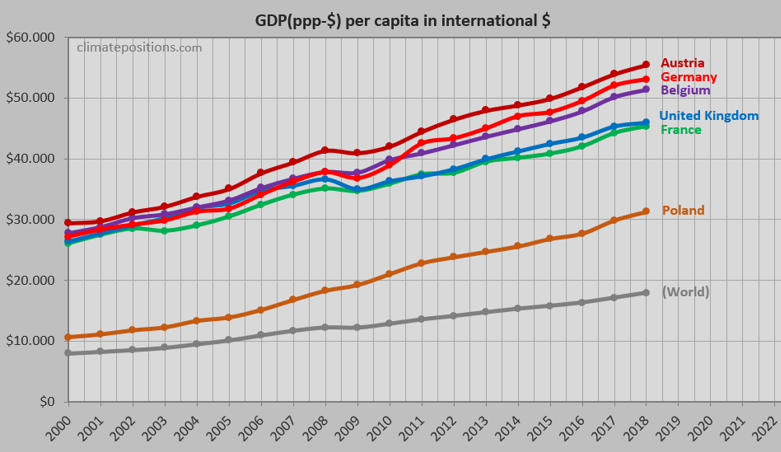 In the calculation of Climate Debt, the unacceptable Nuclear Power is converted into CO2 Emissions as if the electric power was produced with oil. As a consequence, Nuclear Power must be phased out at the same rate as Fossil CO2 Emissions. Had Germany maintained the higher 2002-level of Nuclear Power, then the current total Climate Debt would have been $13.3 Billion larger (4.6% increase). 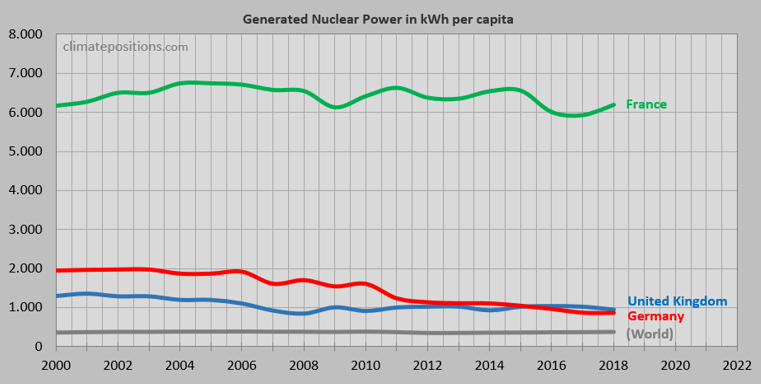 The final diagram shows the relative per capita Ecological Footprint without the carbon footprint of Germany, France and United Kingdom, with an average country among 181 set at 100. Note that data is around three years prior to the specified years. 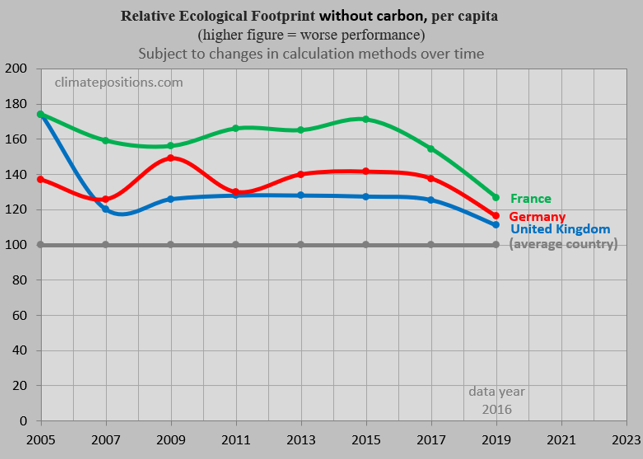