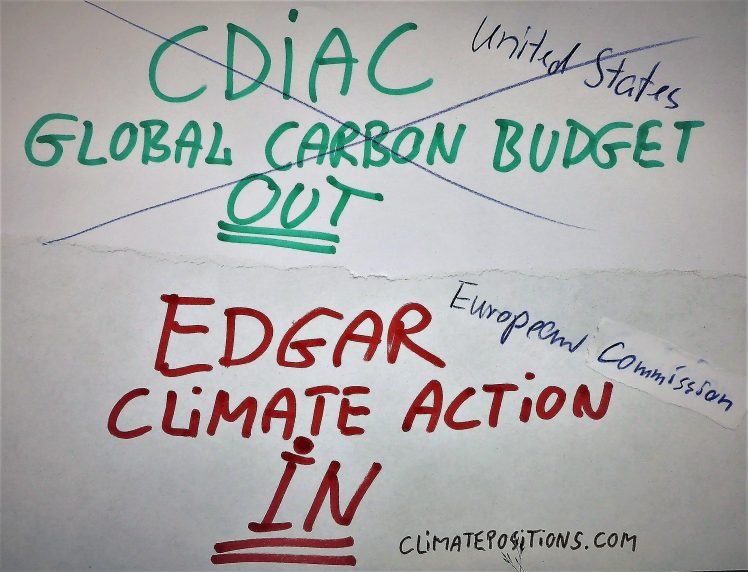 The differences in national CO2 Emissions at CDIAC and EDGAR are caused by numerous complex explanations. The list below is neither adequate nor scientifically profound, but it gives a sense of the comprehensive scientific disputes and uncertainties behind the final figures.

One country-example explained: The reason why the accumulated per capita Climate Debt of United Arab Emirates decreases after shifting to EDGAR although CO2 Emissions is higher, is that the average emissions between 2000 and 2015 has decreased more in comparison with 1990s (baseline), than it has with CDIAC’s data-set.

The table below shows the ten countries with the largest per capita Climate Debt. Among these extremely climate-destroying countries only Bahrain benefit significantly from the shift to EDGAR.

The last table shows ten countries with significant change in per capita Climate Debt after shifting the data-source. Singapore goes from “good” to “very bad” (although lower 2015-emissions with EDGAR) because emissions with EDGAR was 2.2 tons higher (than with CDIAC) in 1990s (baseline) and therefore must reduce emissions at an even steeper rate.