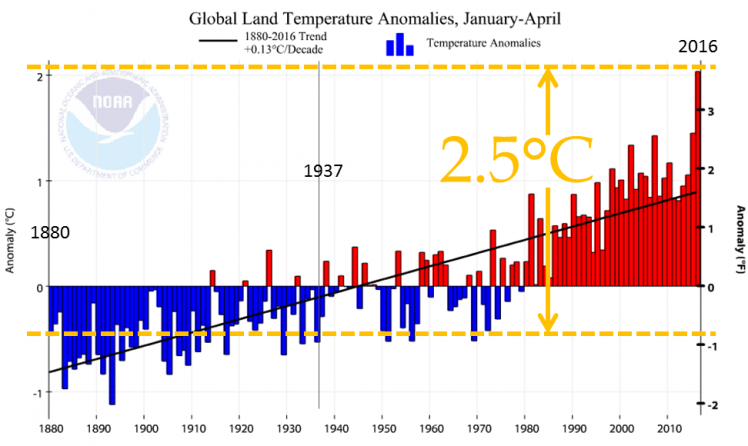 The graph on top shows what’s happening out there: The global land temperature January-April 2016 was 2.5ºC higher than the average temperature January-April between 1880 and 1937, which about matches the year 1880 (calculated by ClimatePositions). The black line shows the 136-year-trend. Compose your own graph at ‘http://www.ncdc.noaa.gov/cag/time-series/global’. Read also this article from The Guardian: ‘April breaks global temperature record, marking seven months of new highs‘.

Today, the United States and China combined are responsible for more than 50% of the global Climate Debt in ClimatePositions and 42% of the global CO2 Emissions from fossil fuels and cement production (preliminary 2014). Rankings are available in the menu “Climate Debt”.