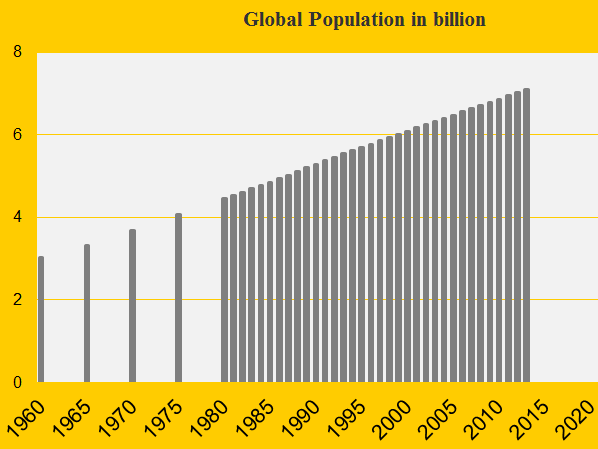 The growing Global Population puts additional pressure on the distressed nature (deforestation, pollution, declining biodiversity, etc.) and increases the total CO2 Emissions. From 2012 to 2013 the population is estimated to have increased from 7.02 to 7.09 billion – an increase of 77 million in one year. See the development 1960-2013 in the diagram.

The national Climate Contributions increase along with the Global Population Update in ClimatePositions. Here are two examples with the latest update: The Albanian Climate Contribution (climate debt) increased from $7.82 per capita to $8.72 and Oman’s increased from $2,962 per capita to $2,964. See a graphic presentation of the calculation ‘here‘.