As shown in the diagram below, Guatemala has a serios problem with the cutting of rainforest. Since 1990 the proportion of the land area has been reduced from 44% to 34%. As a likely future member of the Contributions Free countries, Guatemala would be a prime candidate for forest conservation funds from a global fund – if the disorientated world community established one. Note that Guatemala has increased the marine protected areas from 0.0% of the total sea in 1990 to 0.4% in 2010.

The diagram below shows the Guatemalan Contribution over time compared to the neighboring countries Mexico, Honduras, and El Salvador (the blue line). The latter country was Contribution Free in 2010. The black line is the global average. Note the logarithmic scale. 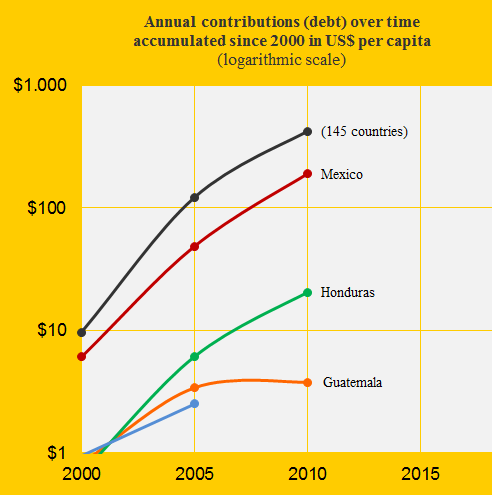