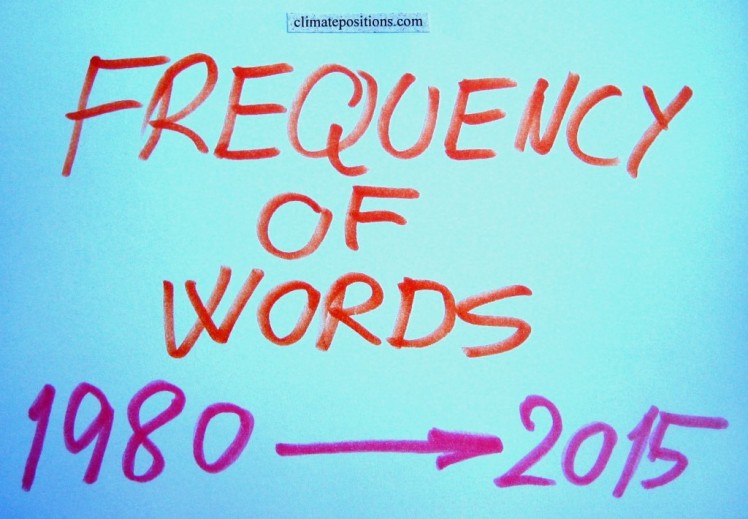 The use of the phrases Deforestation and Greenhouse Effect both peaked around 1995 and has been falling steadily since. The word Fracking was close to zero even in 2008. The five other phrases have risen steadily since 1980s or the early 1990s (Biodiversity might have peaked around 2002, though). The overall trend is very clear: The progressing human caused climate destruction and loss of biodiversity is undoubtedly reflected in a more frequent use of associated phrases. Whether this applies globally or only in the United States is an open question.

The balance between the eight phrases in Ngram 2008 is listed in the table below. For comparison, the balance between the same phrases as Google hits from 2015 is also listed. The graphs above seem to continue more or less with the same trends: The phrases Deforestation and Greenhouse Effect has continued falling since 2008, while Climate Change, Renewable Energy and Fracking have been rising. The phrase Biodiversity presumably did peak in 2002.