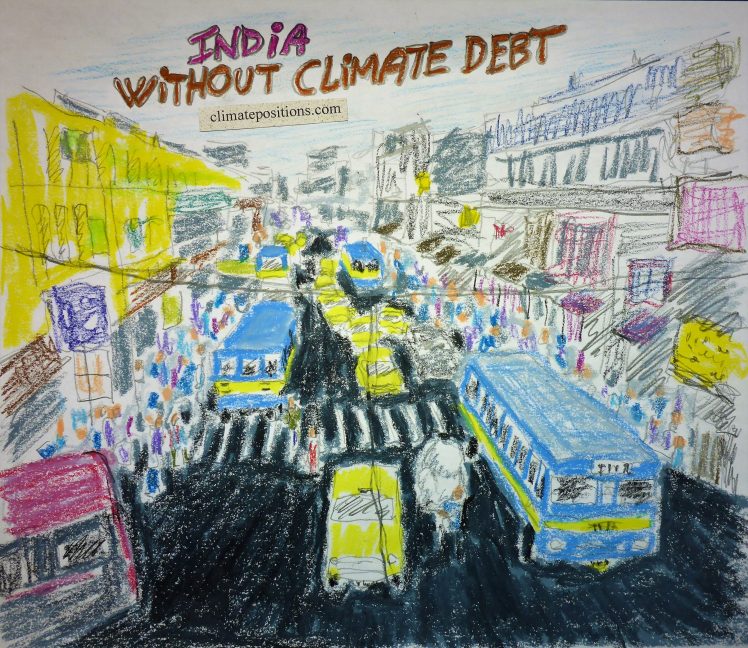 The first diagram shows the Fossil CO2 Emissions per capita annually between 2000 and 2018. The green bars show the Free Emissions Level. Since the black line is slightly below the green line, India has no Climate Debt. The green line, however, is variable according to numerous updated ‘Indicators‘. 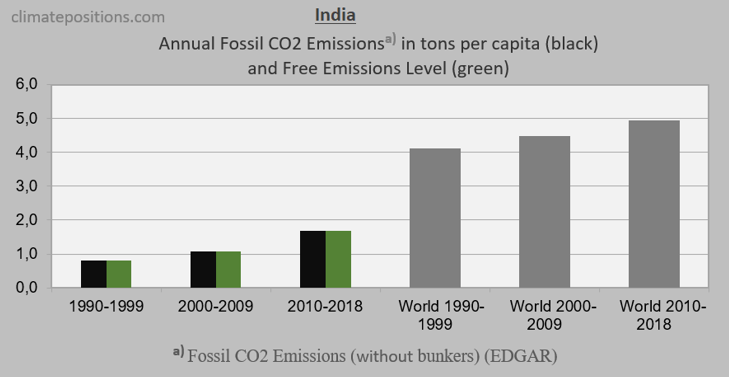 The third diagram shows per capita GDP(ppp-$) of India and the five countries with the smallest Climate Debt among 95 countries: Vietnam, Uruguay, Belize, Guatemala and Morocco (see the ‘Ranking‘). 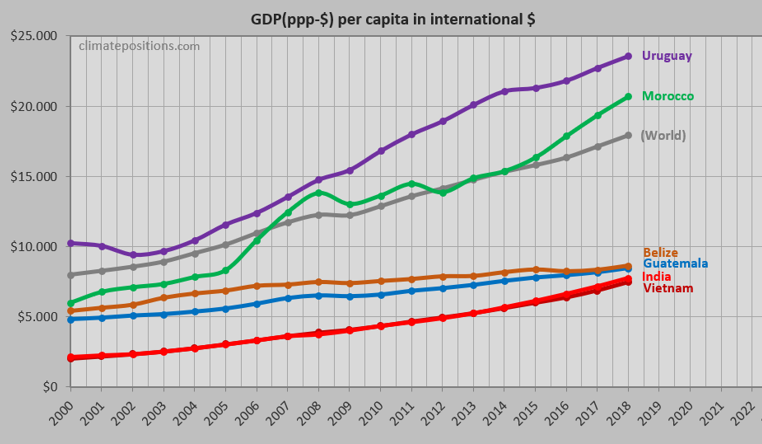 The next diagram shows the relative per capita Ecological Footprint without the carbon footprint of India, Morocco and Guatemala, with an average country among 181 set at 100. Had India performed the same footprint as Morocco during the period, then the Climate Debt would have been $1 per capita ($1.9 Billion in total) instead of zero. Note that data is three years prior to the specified years. 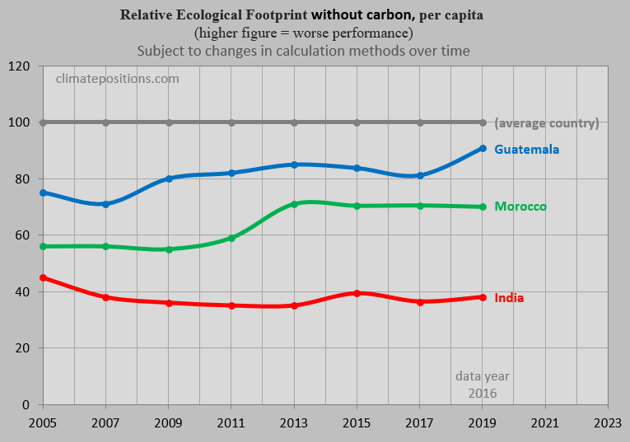 The last diagram shows the changes in Forest Cover and Primary Forest between 1990 and 2015. Global updates are expected in 2020. Had India not increased its Forest Cover by 2.3%, then the Climate Debt would have been $6 per capita ($7.8 Billion in total) instead of zero. 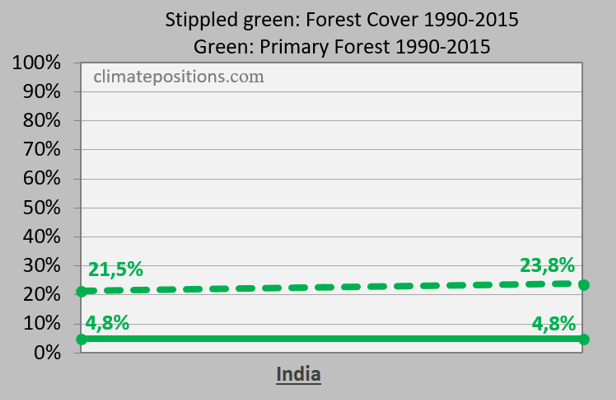