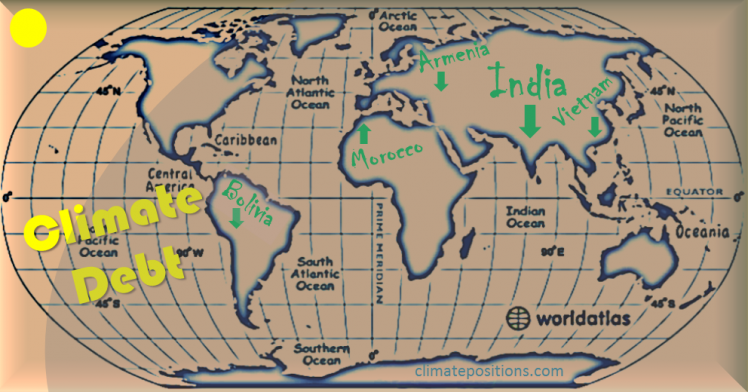 The first diagram (below) shows India’s per capita CO2 Emissions from fossil fuels (without bunker fuels) and cement production in decades in comparison with the world average. CO2 Emissions since 2012 are preliminary estimates. The green bars are the Contribution Free Level, determined by the level of CO2 Emissions in the 1990s and a number of continuously updated ‘Indicators’.

The diagram below shows the per capita CO2 Emissions from fossil fuels (without bunker fuels) and cement production since 2000. CO2 Emissions in 2012, 2013 and 2014 are preliminary estimates. The Contribution Free Level (the green bars) increases from 0.9 tons in 2000 to 2.0 tons by 2019. However, the Indian increase-rate is somewhat higher.

Often India’s emission trends are compared to the historic emissions of China. The next diagram shows the per capita CO2 Emissions from fossil fuels (without bunker fuels) and cement production – with 25 years of time delay between the two countries. China passed one ton of CO2 per capita in 1971 and India did so 25 years later in 1996. Today, China emits 27% of the global emissions and India around 7%. If India decides to copy China’s disastrous coal-burning-growth-strategy with reference to “national circumstances” and “intended nationally determined contributions”, then global warming is over the hills. India accounts for about 7% of the world’s proven coal reserves and is the 3rd largest coal producer, after China and the United States. 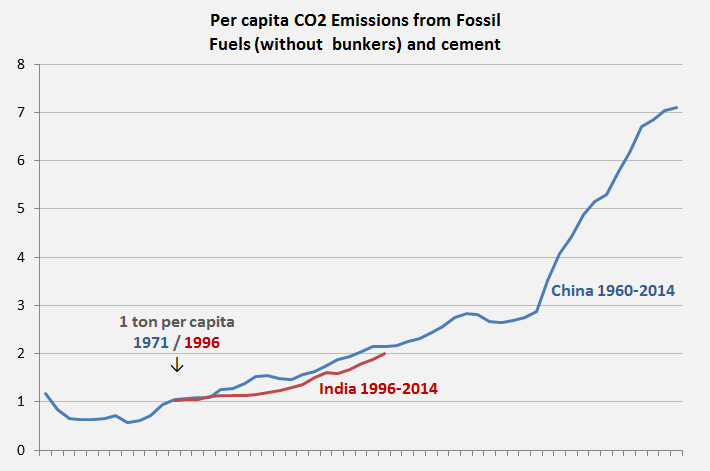 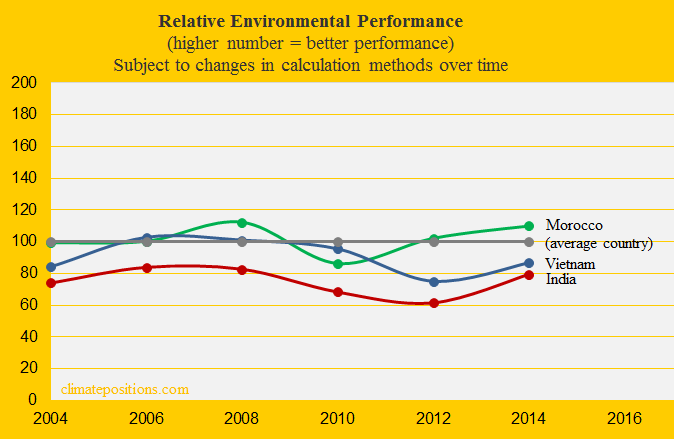 The current Climate Debt’s share of the GDP(ppp-$), annually since 2000, was 0.02%. The development since 2005 is shown in the diagram below, along with the same group of countries (see the ‘Ranking‘). Only Armenia has improved in recent years. 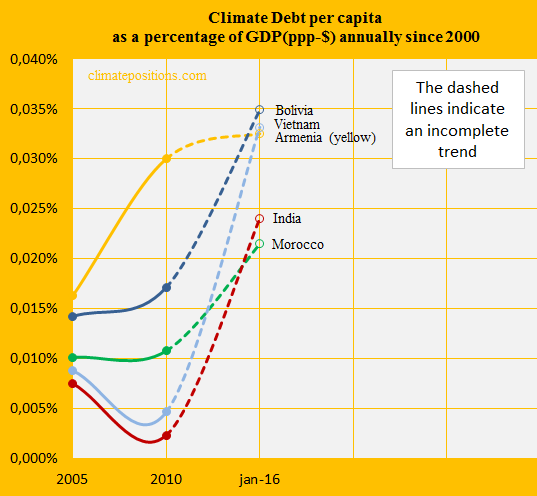 See Population graphs of India and China at the bottom of the article ’China’s share of the global Climate Debt is growing fast’.

The current accumulated Climate Debt of India is $16.3 billion. If the Environmental Performance had been at world average the last decade, then the Climate Debt would have been $6.5 billion instead.