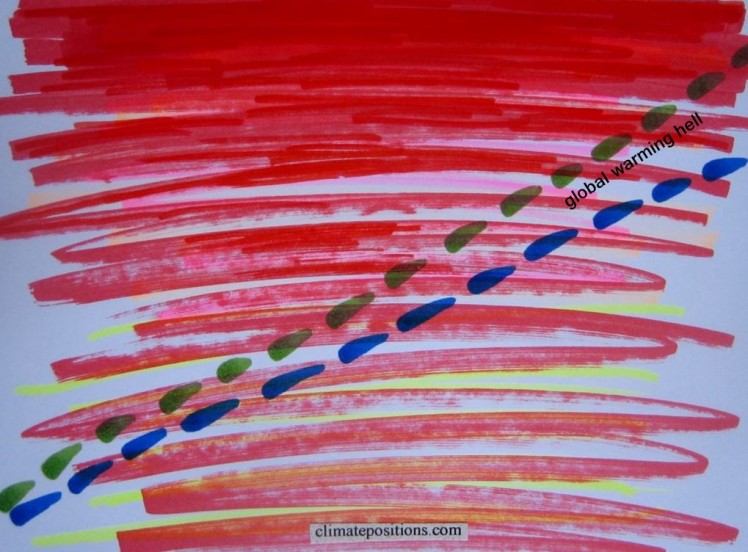 Below are six essential IPCC-quotes:

Both in 1990 (all reports since 1990 are available ‘here‘) and in 2014 the IPCC operates with four scenarios for global warming by 2100. The simplistic (unscientific) diagram below shows only the worst case scenarios from 1990 (the blue dashed line) and 2014 (the green dashed line) – in comparison with the actual increase of land surface temperature since 1990 (the red line with a linear projection by 2100). It seems that the IPCC has expanded the frame considerably the last 24 years for how horrifying climate change might escalate. The global CO2 Emissions from fossil fuels have increased by 61% since 1990 and the annual record is beaten every year. 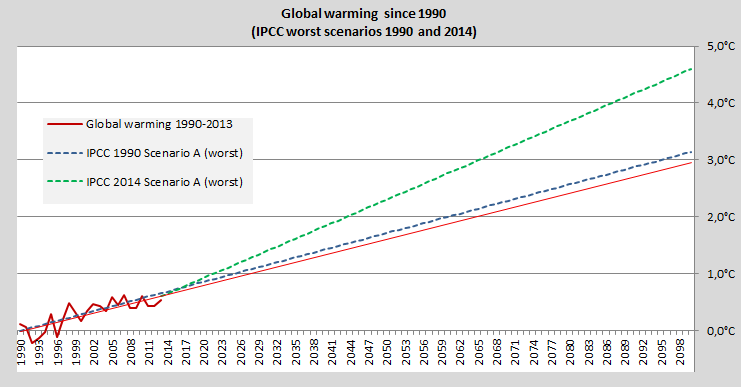