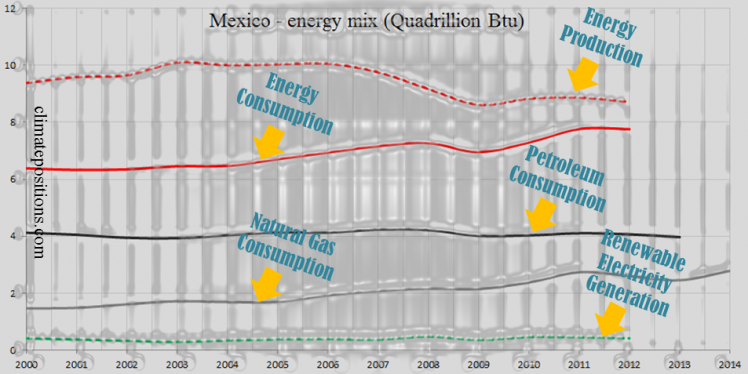 The first diagram shows the Mexican per capita CO2 Emissions from fossil fuels (without bunker fuels) and cement production in decades in comparison with the world average. CO2 Emissions since 2012 are preliminary estimates. From 3.7 tons in the 1990s the level increased slightly to 3.8 tons on average between 2000 and 2014 (preliminary). The green bars are the Climate Debt Free Level in ClimatePositions, determined by the level of emissions in the 1990s and a number of continuously updated ‘Indicators’.

Mexico was the world’s 10th largest oil producer in 2014 and the 5th largest in 2004 – the production dropped by 27% during this period. The diagram below shows the energy mix since 2000. The overall growth in energy consumption has almost entirely been covered by natural gas. The renewable electricity generation amounted 4.8% of the energy production in 2012, compared to 4.4% in 2000. Note that the convenient hydroelectricity amounted 72% of the renewable electricity generation in 2012, whereas solar electricity amounted only 0.16%. However, the principal solar energy technologies in Mexico have traditionally been ‘non-electric solar systems’ for space heating, water heating and drying crops. Mexico has the world’s third largest solar potential which corresponds to about 50 times the national electricity generation (in 2010). 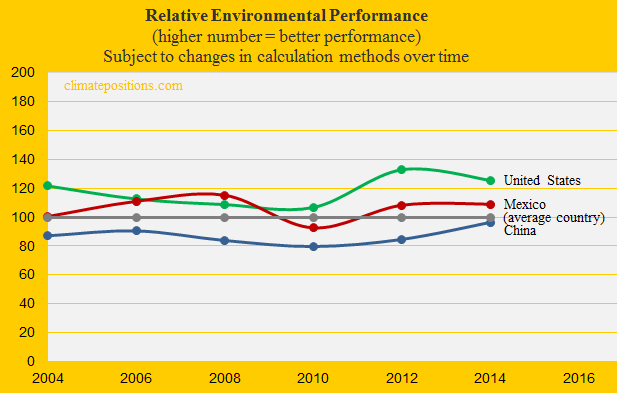 The next diagram shows the development of GDP(ppp-$) since 2000, in comparison with the United States, China, Brazil, Germany and the world average. Mexico follows the world-trend at a slightly higher level. 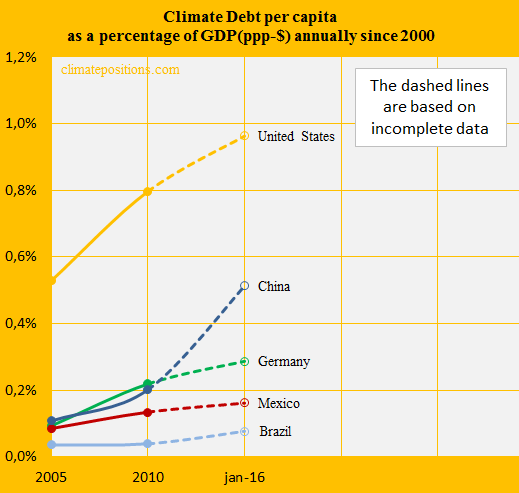 Data on energy consumption and production is from ‘U.S. Energy Information Administration (EIA)’. Information on solar energy are from Wikipedia ‘1‘ and ‘2‘.