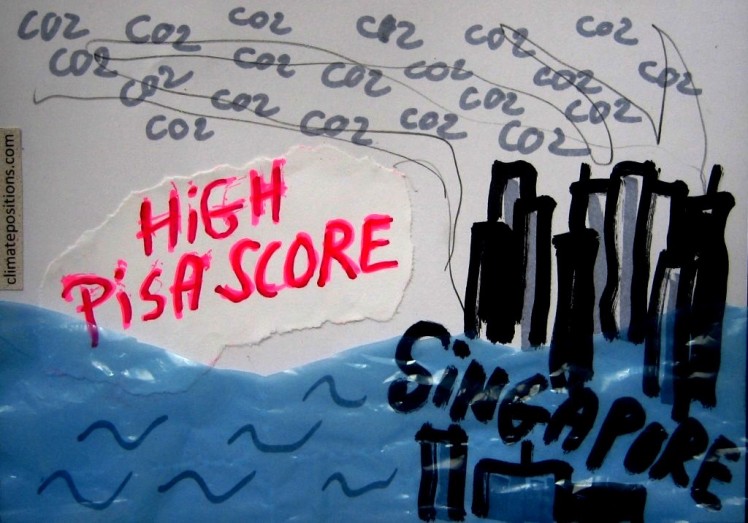 The diagram below shows the 30 countries with the highest scores (Shanghai-China and Liechtenstein are not included) compared with the increase in Climate Contribution (climate debt) since 2010. The dotted line shows the general trend which correlate beautifully with the Pisa scores. Of course a number of Pisa tested countries differ from the general trend. Australia and the United States destroy the climate significantly more than indicated by their Pisa scores!? Singapore is a first class monster-country: Top performances both in climate destruction and clever students. 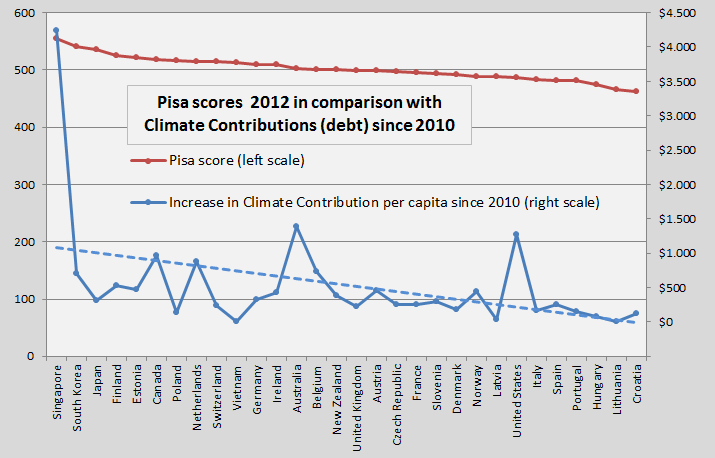 A well-educated and clever population appears to be necessary if a country effectively wants to destroy the climate and undermine the future of humanity. How the clever students are transformed into wise citizens of the world seems to be the challenge.

Three links on Pisa tests: ‘Wikipedia‘, ‘OECD‘ and ‘The Guardian‘.