Between 2005 and 2010 Singapore took over the 2nd place from the authoritarian regime Kuwait on the list of the world’s worst performing countries (see the full country list in the menu “Contributions/Per Capita US$ Rank”). The diagram below shows the two climate change scoundrel countries’ relative Contributions per capita 2000-2010, with the global average set at 100 (the black line). 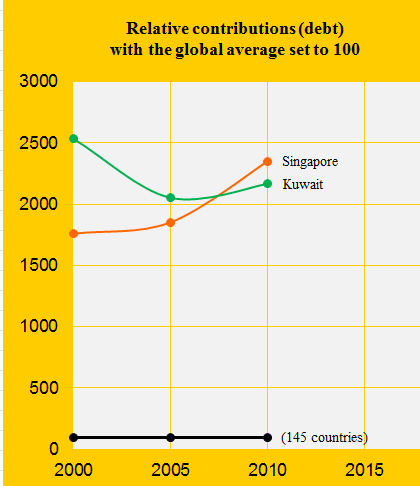 Singapore is one of the richest countries in the world. The end diagram shows the annual GDP(ppp-$) in comparison with the neighboring country Malaysia and the global average (the blue dots).