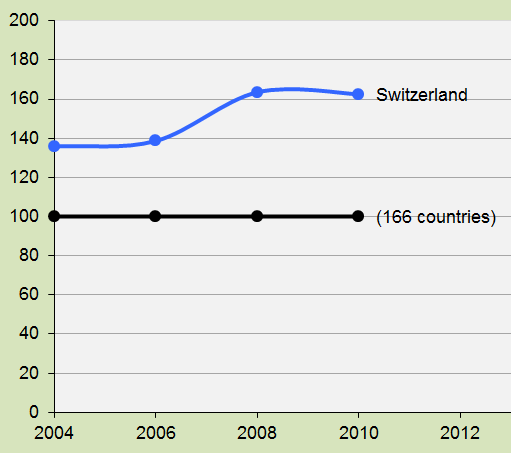 A hypothetical example: If Switzerlands Evironmental Prformance 2004-2010 had been as poor as the global average, the country would have been the 28th worst performer in 2010 instead of the 32nd. The additional Climate Contribution would have been 1.7 billion US$.