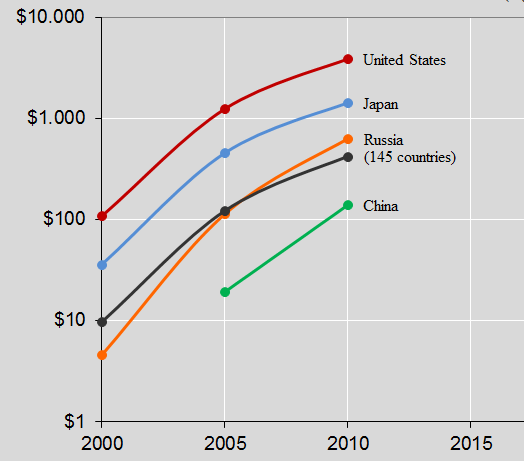 United States’ and Japan’s share of the global Climate Contributions showed a significant decrease from 2005 to 2010, but this development is almost entirely due some populous states’ increasing share from low levels of Contributions. China and Russia are the two most compelling examples. The diagram below shows the two countries relative Contributions (climate debt) in 2000, 2005 and 2010 with the global average set at 100. The picture is clear: The development in Russia under Putin represents a monster problem and China is rapidly moving the wrong way. 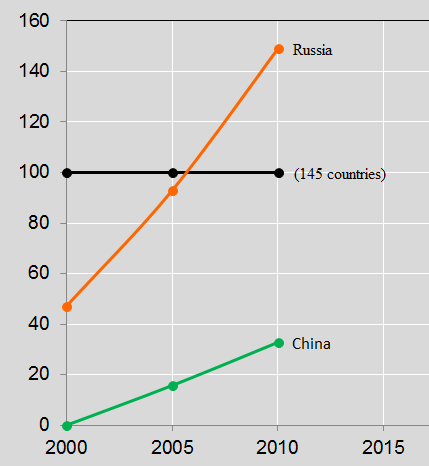 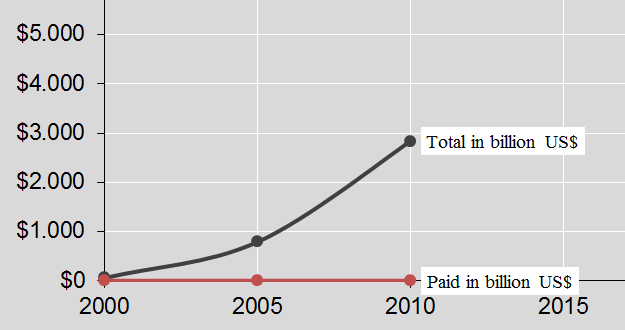