As shown in the diagram below, Trinidad and T. has a large forest proportion of the land area, but since 1990 the forest has been reduced from 47% to 44%. This reduction costs just under $300 million in the updated version of ClimatePositions (see the menu “Calculations (Excel”). The country has however increased the marine protected areas from 0.0% of the total sea in 1990 to 0.6% in 2010.

The last diagram shows the Contribution over time per capita for Trinidad and T., Venezuela, Jamaica, Brazil and Dominican Republic in comparison with the global average. Trinidad and Tobago with a Population of only 1.2 million (the number is declining), is by far the most climate-destructive country in the region. 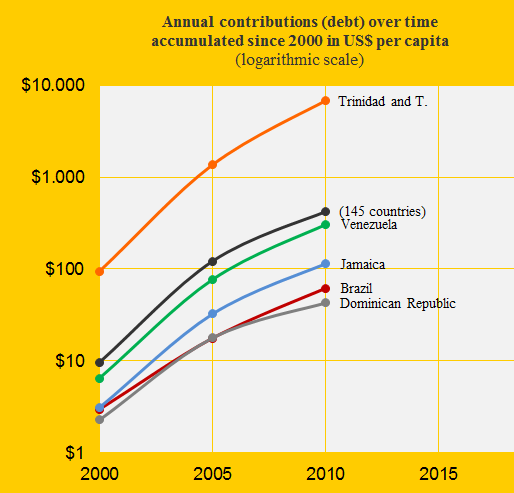