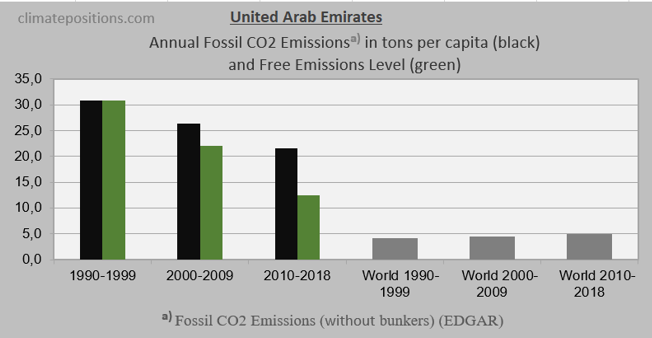 The fourth diagram shows the ‘per capita Climate Debt‘ trends between 2010 and 2020, with World average set at 1, of Arab Emirates, Oman, Bahrain, Saudi Arabia, Iran and Iraq. 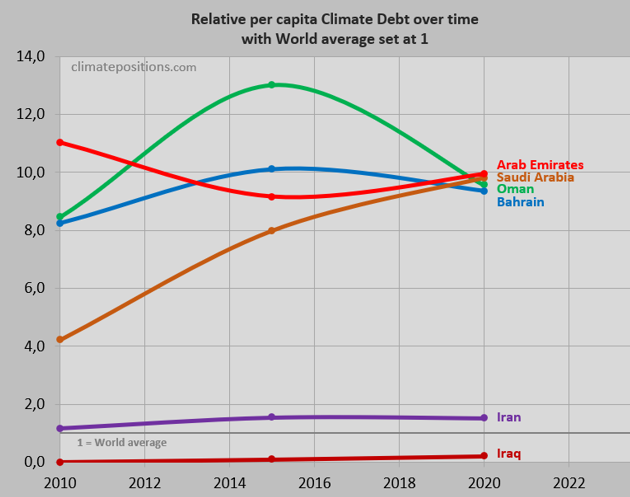 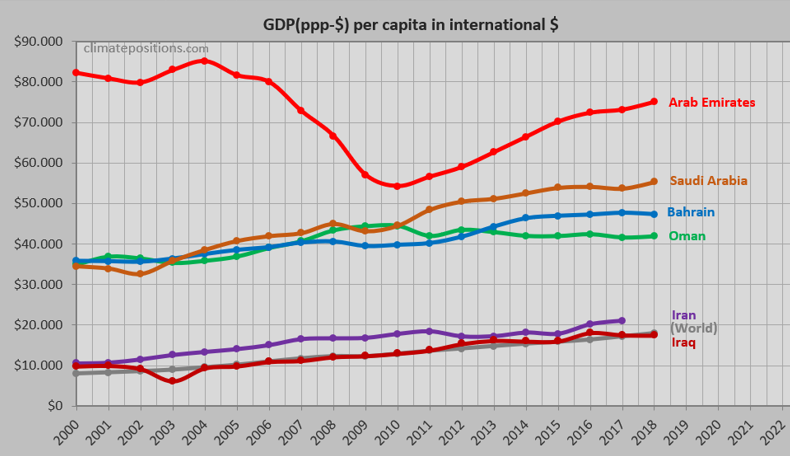 The diagram below shows the population growth annually 2000-2018 of the three countries. The population growth of Arab Emirates is mainly due to low-paid workforce immigration from India, Pakistan, Bangladesh, Egypt, Philippines, etc. In the context of Climate Breakdown Pricing the high population-growth has reduced per capita Fossil CO2 Emissions and consequently the per capita Climate Debt. Had Arab Emirates reduced its Population by 10%, since 2010, then the current per capita Climate Debt would be 15% higher (assuming unchanged GDP and other indicators).

The final diagram shows the relative per capita Ecological Footprint without the carbon footprint of Arab Emirates, Oman and Bahrain (all three with lack of data), with an average country among 181 set at 100. Note that data is around three years prior to the specified years. 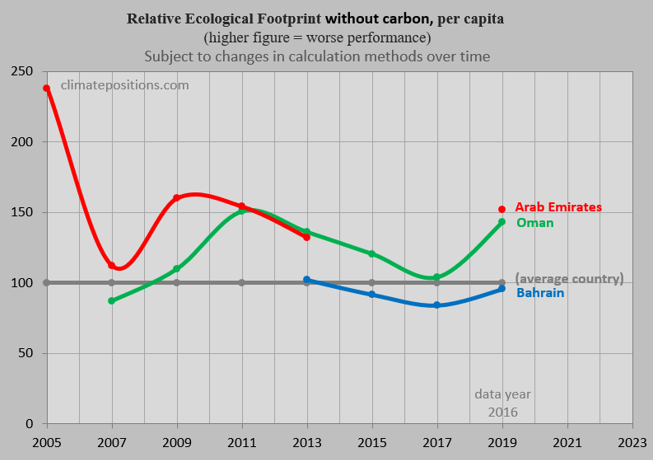