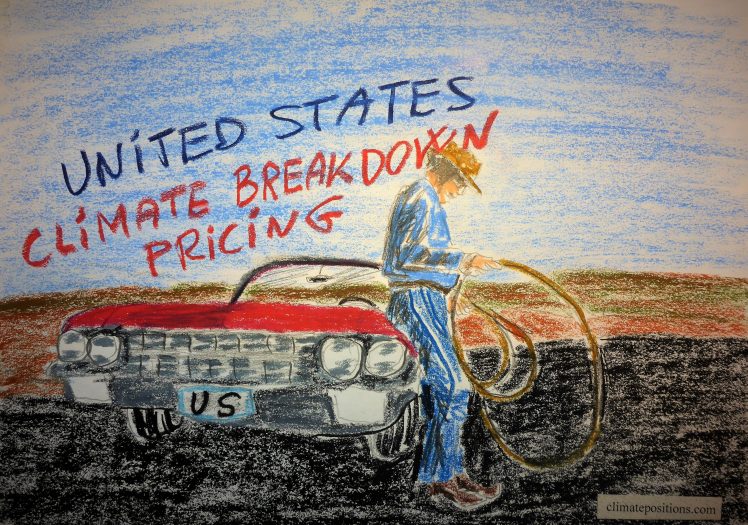 The first diagram shows the Fossil CO2 Emissions per capita annually between 2000 and 2018. The green bars show the Free Emissions Level. The gap between the green and the black line is the calculation bases of the Climate Debt. The reduction rate of the United States is far from adequate. 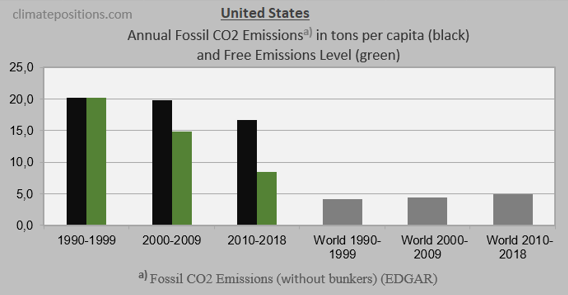 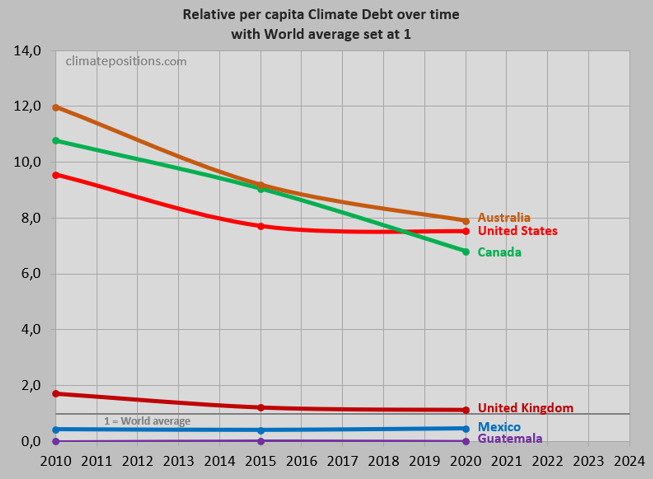 The next diagram shows per capita GDP(ppp-$) of the same six countries and World average. The United States is a rich superpower with primary responsibility for the Climate Breakdown. 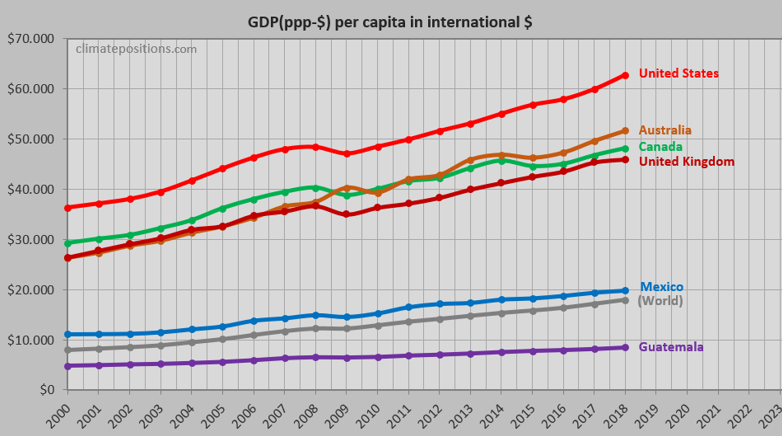 In the calculation of Climate Debt the unacceptable Nuclear Power is converted into CO2 Emissions as if the electric power was produced with oil. As a consequence, Nuclear Power must be phased out at the same rate as Fossil CO2 Emissions. 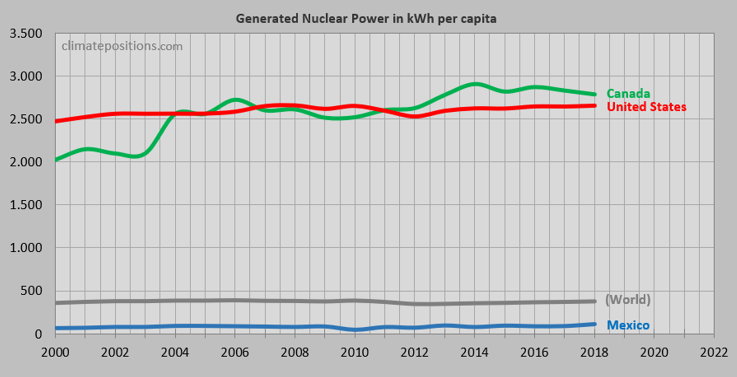