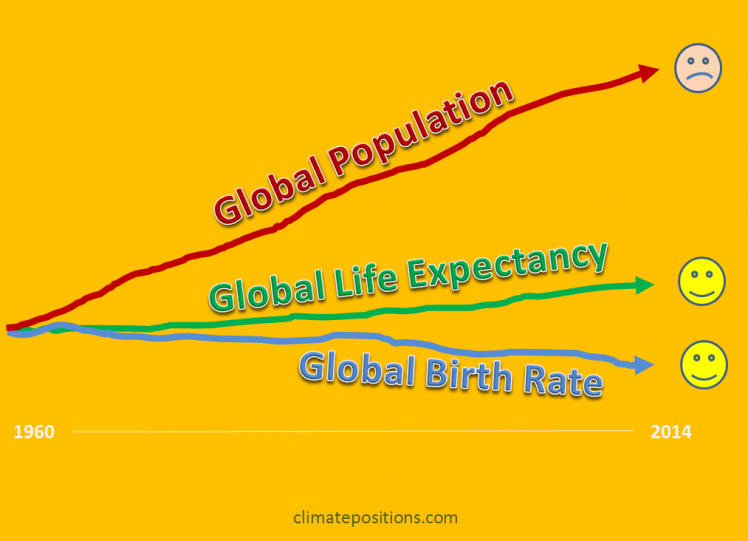 The diagram shows global trends with 1960-values set at 100: 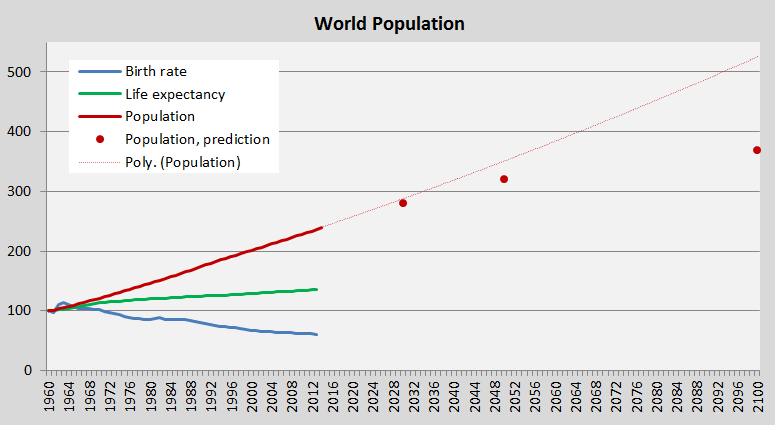 The growing life expectancy and falling birth rate are both (separately) encouraging for Homo sapiens’ existence on Earth. However, combined the two trends add up to a population challenge of gigantic proportions, although the growth rate is predicted to decline in the coming decades. A Global Population of 8.5 billion by 2030, 9.7 billion by 2050 and 11.2 billion by 2100, will make the handling of problems with greenhouse gas emissions, biodiversity and natural resources, extremely tough.

Data on national and global Populations: EIA, U.S. Energy Information Administration (links in the menu “Calculations”). Figures from 2012-2014 are from CIA World Factbook; published at ‘photius.com’.