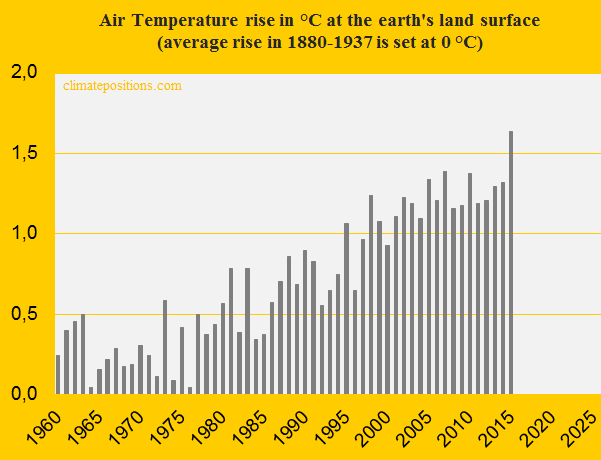 The development since 1880 in Air Temperature and Ocean Temperature, and the two combined, are available at ‘ncdc.noaa.gov’. According to the World Meteorological Organization, the annual average temperature for the globe was around 14.0°C, between 1961 and 1990.

In comparison with the average temperature 1880-1937 the decade 2006-2015 was 1.27°C warmer on average. The grim consequences worldwide are apparent. Human fever is of course different than global warming, and yet analogous. Below are listed the symptoms of rising human body temperature (source: ‘Wikipedia’):

A hypothetical example: If the global Air Temperature for a decade sensationally dropped to the same average temperature as for the period 1880-1937, then the Climate Debts of all countries would drop to zero.