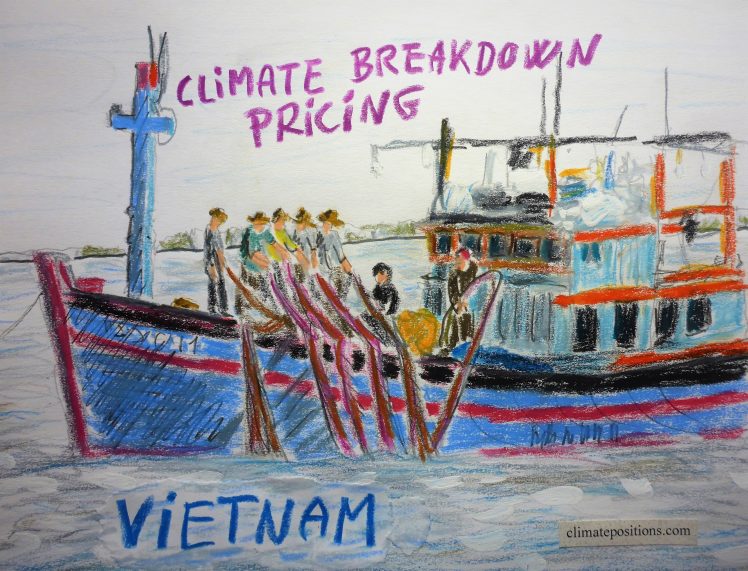 Vietnam’s current Climate Breakdown Pricing amounts to $0.88 per tons Fossil CO2 emitted since 2000. The Climate Debt grew from $6 per capita in 2015 to $26 in 2020. Updated Rankings of 165 countries are available in the menu “Climate Debt”. 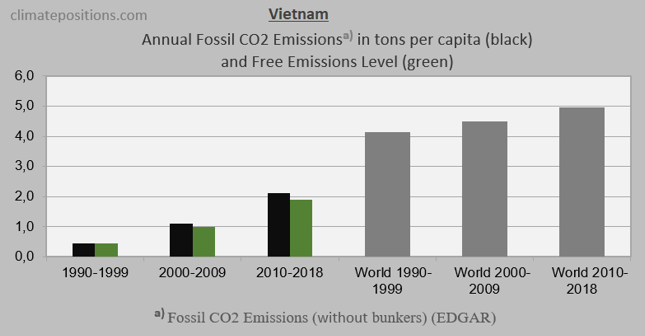 The third diagram shows the Climate Debt as ‘Share of global Climate Debt‘ in 2010, 2015 and 2020, of Vietnam, Thailand and Indonesia.

The fourth diagram shows the ‘per capita Climate Debt‘ trends between 2010 and 2020, with World average set at 1, of Vietnam, Thailand, Indonesia, China, Russia and Mongolia. 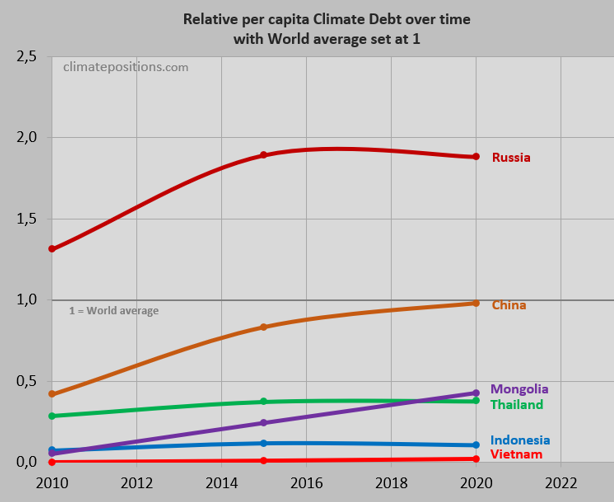 The diagram below shows per capita GDP(ppp-$) of the same six countries and World average. 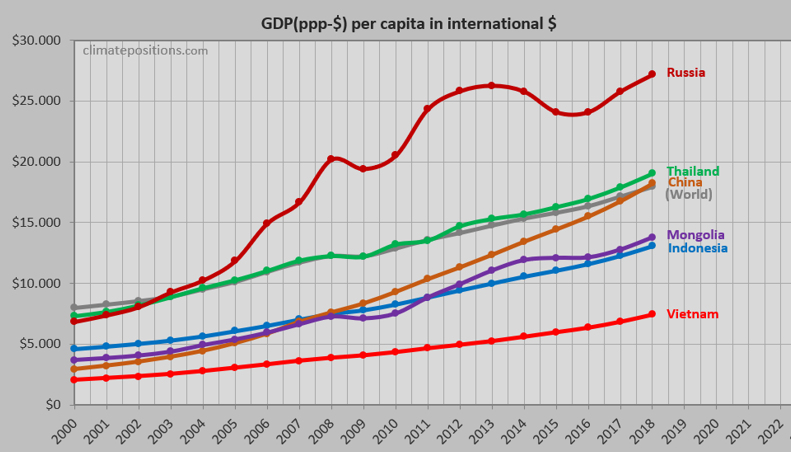 The next diagram shows the changes in Forest Cover and Primary Forest between 1990 and 2015. Global updates are expected in 2020. Had Vietnam not increased its Forest Cover by 18.7% compared to 1990, then the Climate Debt would have been $68 per capita, instead of $26.

The final diagram shows the relative per capita Ecological Footprint without the carbon footprint of Vietnam, Thailand and Indonesia, with an average country among 181 set at 100. Note that data is around three years prior to the specified years. 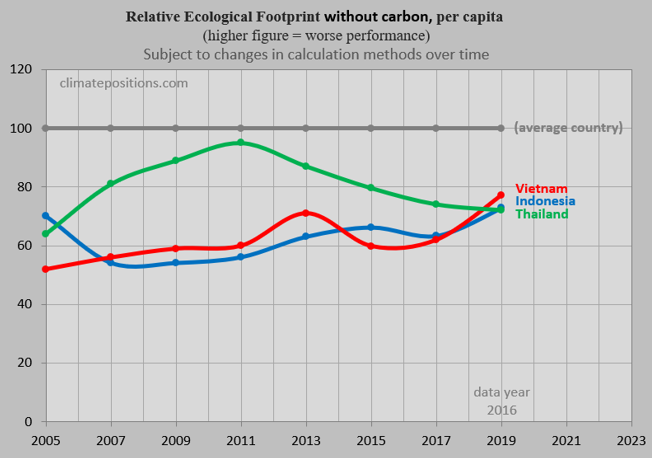