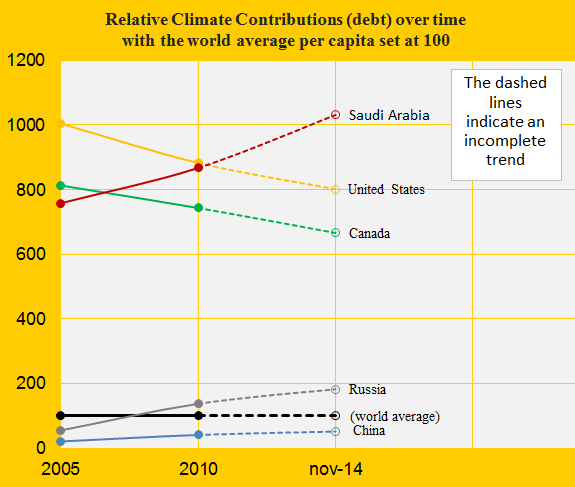 The two diagrams below show Saudi Arabia’s and Canada’s CO2 Emissions per capita in decades. The green bars show the Contribution Free Level and the grey bars are the world average. The authoritarian regime of Saudi Arabia seems ruled by boundless cynicism regarding the climate change disaster. Canada’s per capita emissions were surpassed by Saudi Arabia in 2009.

Here are some perspectival key trends to be taken into account before proceeding:

The diagrams below show the CO2 Emissions annually since 2000 of Saudi Arabia and Canada. Their shares of the global CO2 Emissions were respectively 1.83% and 1.73% in 2012. Canada’s phasing out coal explains most of the emission reductions. However, Canada’s coal production is stable over the last decade.

The Canadian Nuclear Power generation has increased by 37% from 2000 to 2013 (and is now around 14% of the total electricity generation). The diagram below shows the per capita generation in comparison with the United States. In ClimatePositions Nuclear Power is regarded as an unacceptable method for reducing CO2 Emissions. Read ‘more‘. 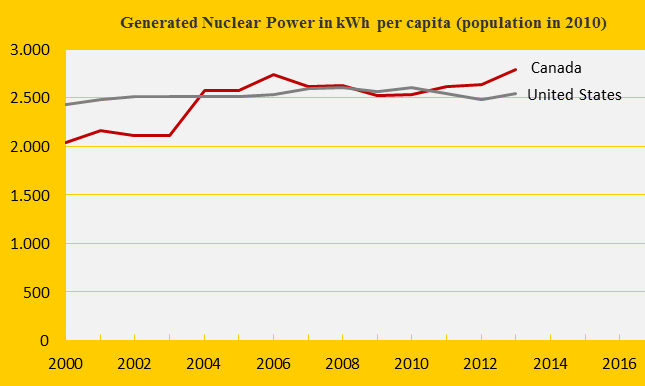 The next diagram (below) shows the relative per capita Ecological Footprint without carbon emissions, with an average country set at 100. Saudi Arabia’s demand on the world’s recourses – excluding carbon emissions – is considerably smaller than Canada’s, but larger than e.g. China’s. 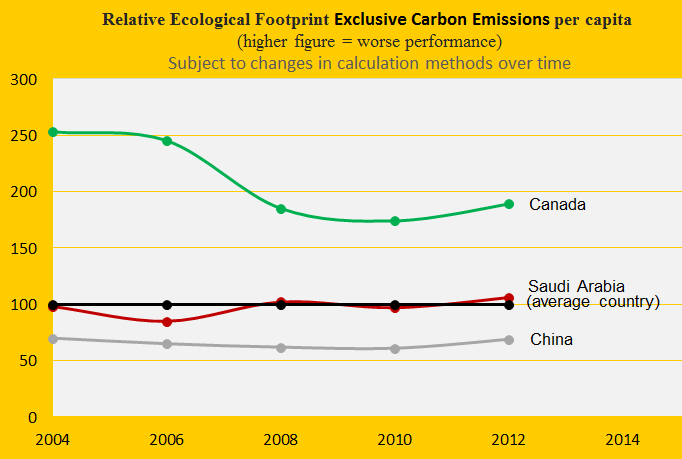 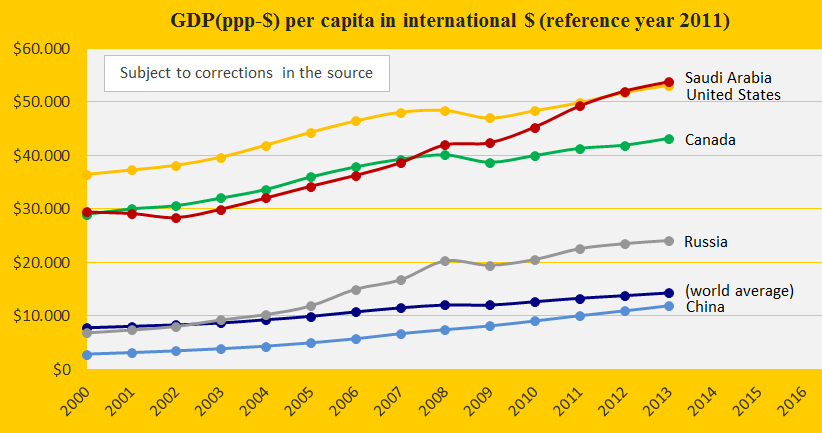 The last diagram illustrates the development of Saudi Arabia, Canada, the United States, China and Russia. The Saudi Arabian Climate Contribution (debt) calculated as a percentage of the GDP(ppp-$) annually since 2000, has increased from 0.52% in 2005 to 1.46% in 2014 (preliminary figure). The Canadian increase rate is more moderate (0.54% and 1.00%). 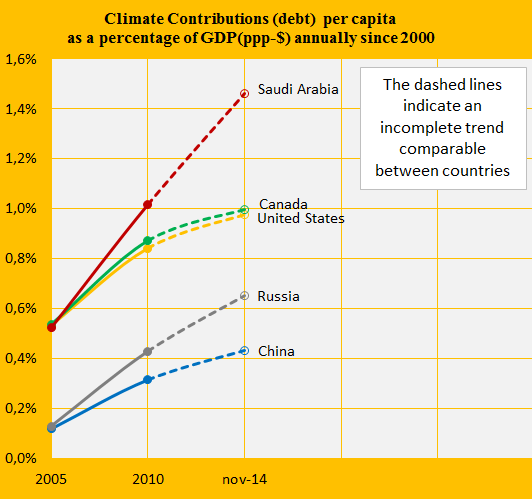 A hypothetical example: If Canada’s CO2 Emission reductions since 2005 had started in 2000 (and continued till today), then the total climate debt would have been $122 billion instead of $176 billion (a saving of $54 billion).