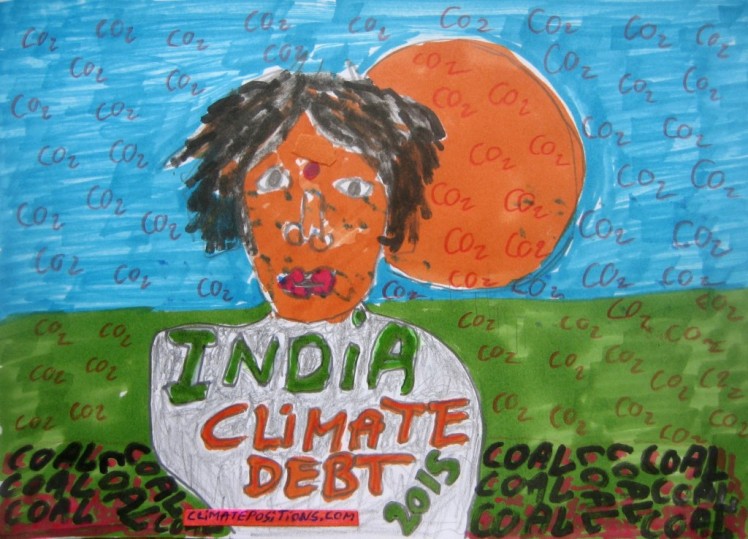 The diagram below shows India’s CO2 Emissions 2000-2013 (estimates of 2013). The green bars are the Contribution Free Level after the latest updates. Note that the final data of CO2 Emissions per capita of 2013 might affect the calculation. Read more about India’s performance ‘here’.

Today, India is the 3rd largest CO2 emitter in the world after China and the United States. 67% of India’s energy production comes from coal (in 2012) – the worst CO2 polluter per energy unit. Coal India Limited is the publicly traded (investable) company holding the world’s largest reserves of potential CO2 Emissions from fossil fuels (if extracted and burned). A recent ‘study in Nature‘ suggest that, globally, over 80% of current coal reserves should remain unused from 2010 to 2050 in order to meet the target of 2°C (also read the article ‘Divestment from Fossil Fuel Companies’).