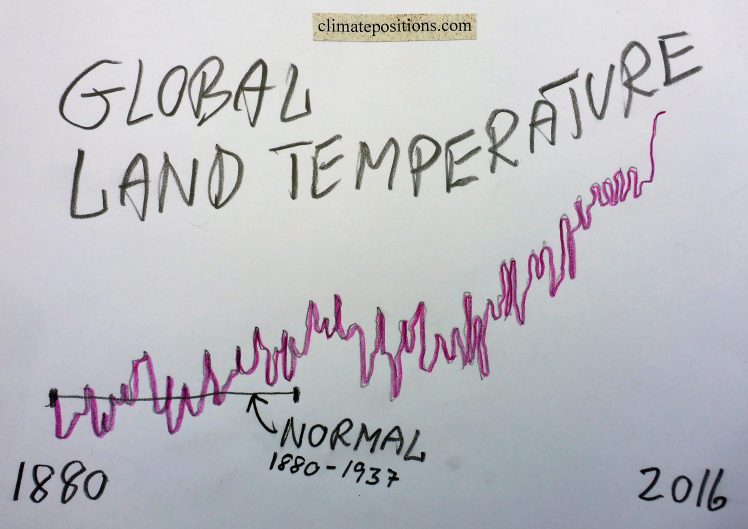 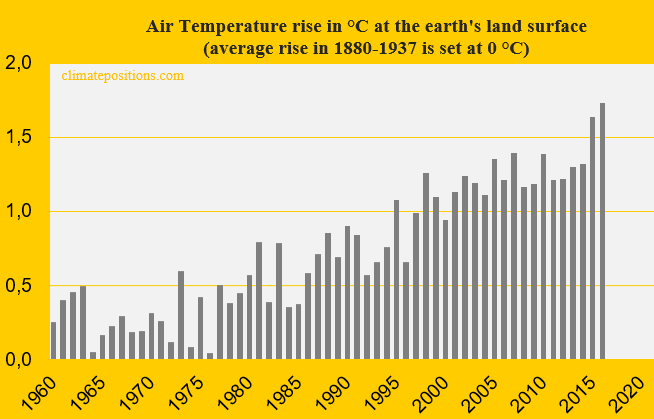 The diagram below shows a polynomial projection¹ by 2130 of the global Land Temperature. The red projection line start at 0°C in 1880 and the passing-years of 1°C, 2°C, 3°C etc. are marked.

The main drive of the global warming is carbon dioxide emissions from the burning of fossil fuels and other human caused greenhouse gas emissions and activities² add to the warming. However, the dangerous feedback effects³ now seem to accelerate the greenhouse effect as predicted decades ago.

¹A polynomial projection reproduces data into the future in a sounder manner than a linear projection (is neither a prediction nor a scientific scenario with certain assumptions).

A hypothetical example: If the average global Land Temperature during the past decade (2007-2016) had been the same as the decade before (1997-2006), then the accumulated Climate Debt of the United States would have been around 16% lower.