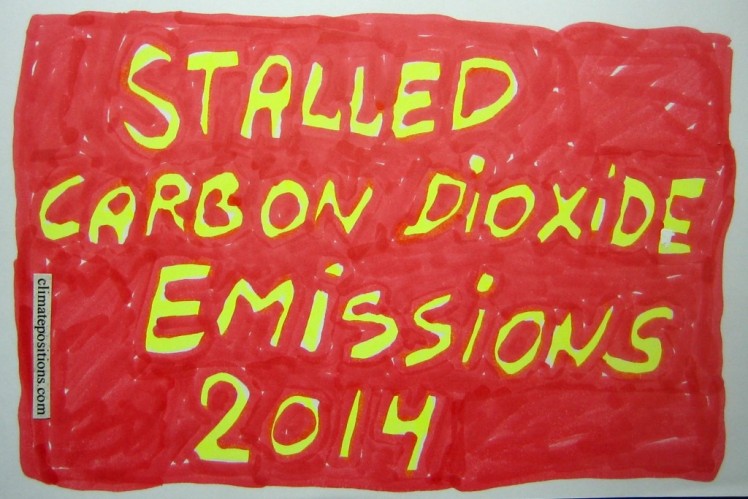 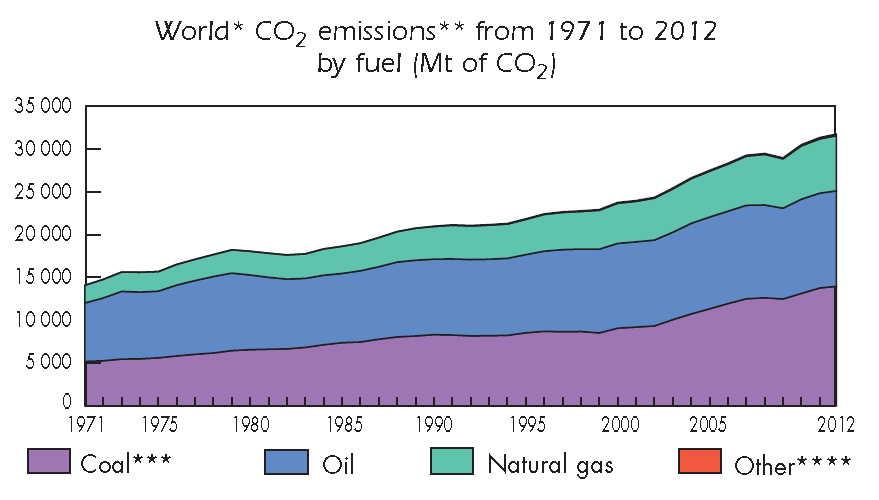 Since then, scientific warnings have come in a steady flow along with endless climate negotiations. The world’s two largest economies China and the United States combined were responsible of 34% of the global CO2 Emissions from fossil fuels in 1980 and 41% in 2012 (and their total share of the global Climate Debt in ClimatePositions was 37% in 2013).

Despite the long history of alarming predictions China and especially the United States have persistently derailed negotiations towards a globally binding CO2 reduction agreement – and today voluntariness is still the keystone.

The stalled global Carbon Dioxide from fossil fuels in 2014 is good news, but it is also disastrous because no less than significant reductions will do. See the ‘polynomial projections of global warming‘. Note that CO2 emitted in 2012 will cause global warming the next century – with accelerating consequences due to feedback loops.