The diagram below shows the annual CO2 Emissions per capita since the millennium. The emission in 2013 is a preliminary estimate. The green bars show the Contribution Free Level (read more in the menu ‘About’). The catastrophic development occurs in a country with 20% of the global population and China emitted around 28% of the global CO2 from fossil fuels and cement in 2013. 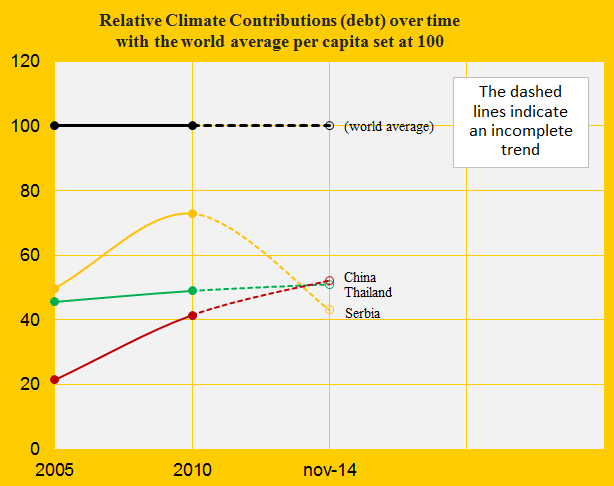 Rapid increase of CO2 Emissions and growing GDP(ppp-$) usually go hand in hand and the exploitation of the planet’s atmosphere as a carbon dump happens because it is profitable. The diagram below shows the annual GDP(ppp-$) since 2000 of China, Thailand, Serbia, Albania, El Salvador and Guatemala. The latter three are the only countries in ClimatePositions that have moved from having a (small) climate debt to being Contribution Free. 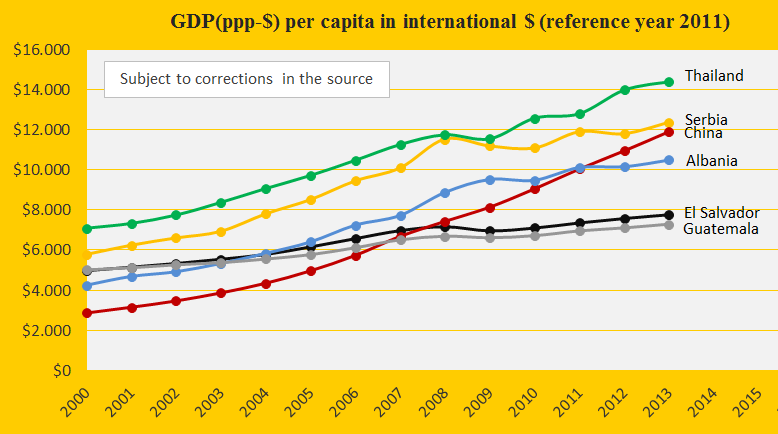 The next diagram (below) is a fusion of the previous two. China, Thailand and Serbia’s Climate Contributions are expressed as an annual percentage of the GDP(ppp $) since 2005. The curve will rise if the Climate Contribution increases faster than the national wealth. China and Serbia followed the same disastrous line to a point, after which Serbia improved remarkably. To become a wealthy nation without polluting the atmosphere requires foresight and leadership. See the ‘ranking‘. 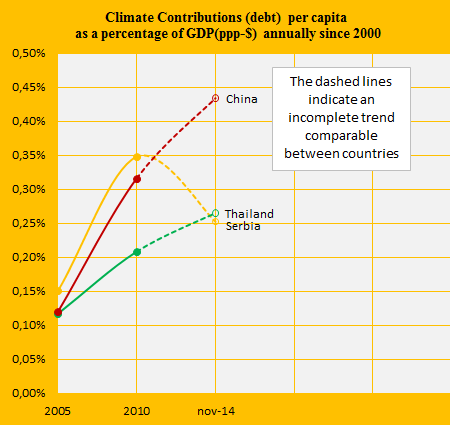 The diagrams below show some population trends of China. The growth rate since 2000 is far below the world average, but there are still many more people per km2 in China.

China’s Environmental Performance remains stable well below the average of the countries included in the study. The last diagram compares China with Serbia and Thailand. 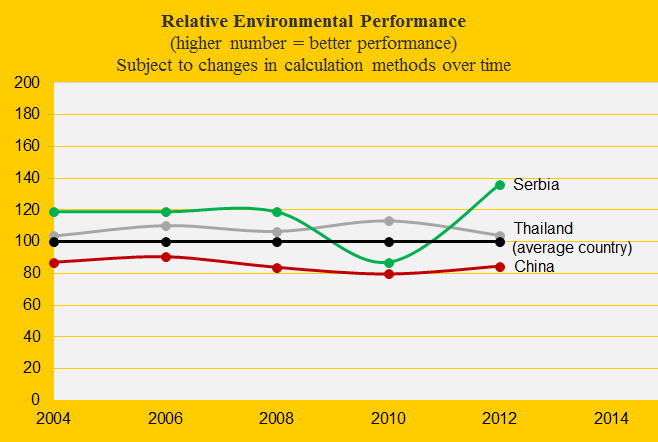