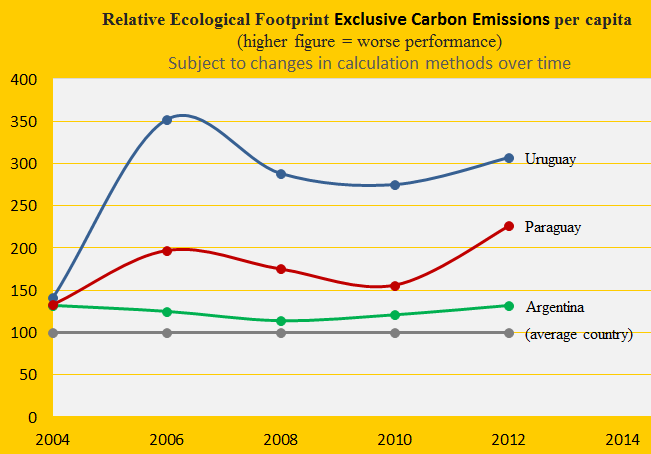 The three diagrams below show the CO2 Emissions per capita in decades of Uruguay, Paraguay and Argentina in comparison with the world average (the grey bars). The green bars show the Contribution Free Level in ClimatePositions – the Free Level is calculated on the basis of the level of CO2 Emissions in 1990s and a number of continuously updated indicators.

The table below shows the Forest Cover in 1990 and 2010 and Primary Forests in 2000 and 2010 (as percentages of the total land area). The Uruguayan increase of Forest Cover since 1990 is rather impressive. The opposite goes for Paraguay and Argentina. Read the hypothetical calculation example at the bottom. Read also details on the large forests of ‘Paraguay‘.

The GDP(ppp-$) per capita since 2000 of Uruguay and Paraguay (no data is available for Argentina), Brazil, Portugal and the world average, is shown in the diagram below. 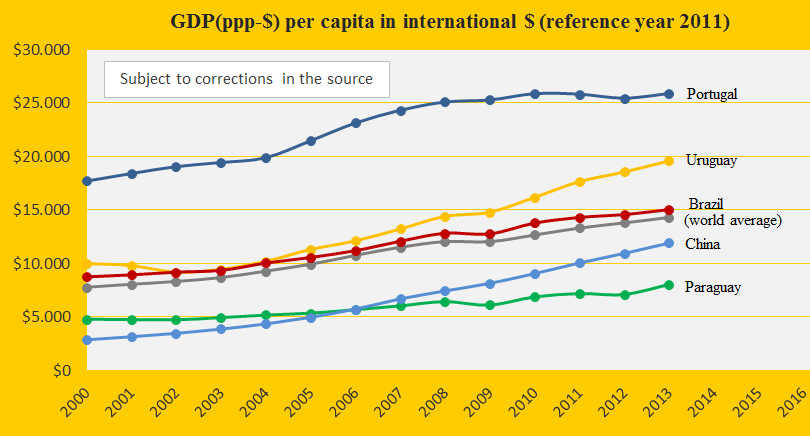 A hypothetical example: If Uruguay had an Ecological Footprint (without carbon) the size of Argentina, then the Climate Debt would be $97 per capita instead of $125.