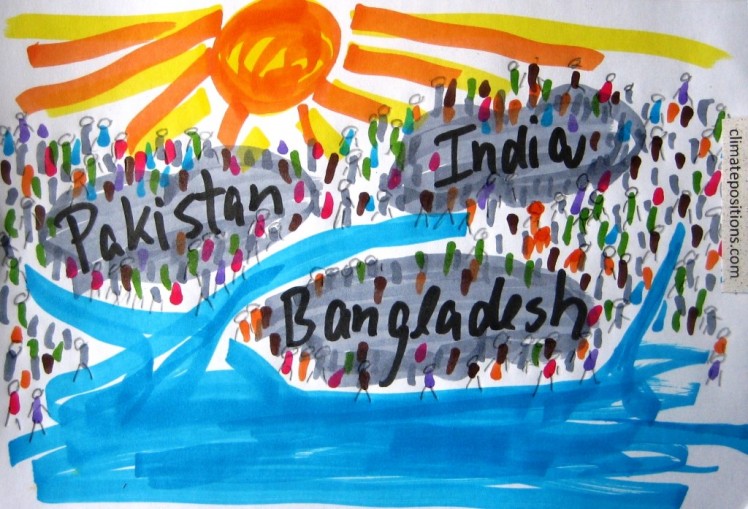 The three diagrams below show the CO2 Emissions in tons per capita of India, Pakistan and Bangladesh, in comparison with the world average. The last two have considerable margins to the free CO2 Emission roof, whereas India’s rapid development could lead to a Climate Contribution around 2019¹. Note that India’s over one billion habitants emit 5% of the world’s CO2 (in 2006-2010).

The diagram below show the poor Environmental Performances of India and Bangladesh (Pakistan performs slightly better than India), with the world average set at 100. A large number of Contribution Free (no climate debt) countries are deprived and in desperate need of environmental improvements – in addition to the gigantic climate change challenge. 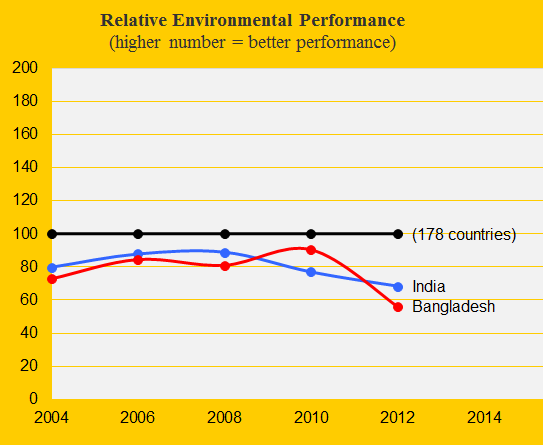 All three countries are among the ten best ranked out of 153 in Ecological Footprint (without CO2) compared to the world average set at 100 (see below). Bangladesh perform very similar to Pakistan. 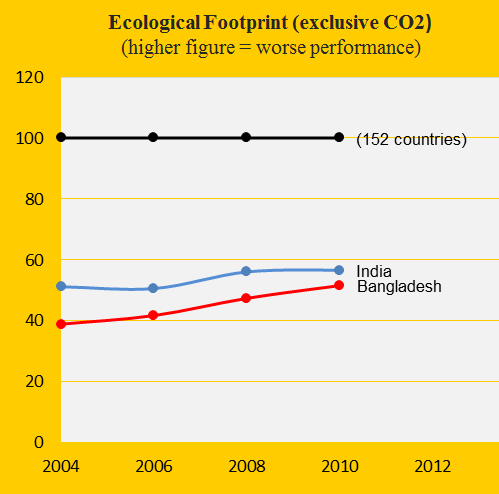 The last diagram (below) illustrates the GDP(ppp-$) since 2000 of India, Pakistan, Bangladesh, China and the world average. The fast growing Chinese economy goes hand in hand with extreme growth rates of CO2 Emissions and Climate Contribution (read more ‘here’) – China is not a role model for developing countries that will also be ecologically sustainable. 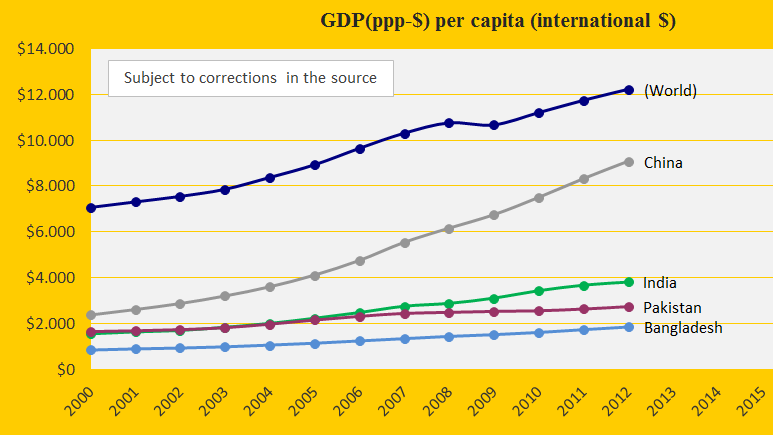 The global Sea Level has risen approximately 20 cm since 1880 (6.4 cm since 1993). Reaching 100 cm in Sea Level rise is expected to flood about 10% of the land in Bangladesh and create 20 million climate refugees (wikipedia). Such a disastrous five-doubling of the Sea Level rise would five-double all national Climate Contributions (climate debt) accumulated since 2000.

¹ If the global indicator values for Air Temperature, Sea Level, CO2 Level in the atmosphere and Population increases at the present rate and the Indian CO2 Emissions increases as in 2010-2011, India’s Climate Contribution (climate debt) will be $5 per capita in 2019.