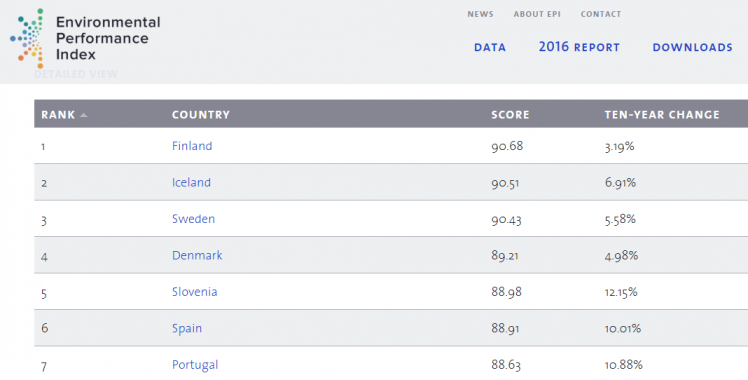 The average national scores in the Environmental Performance Index between the first release year 2006 and 2016 are set at 100 in ClimatePositions (the data year is set at two years prior to the release year). Diagrams of national developments over time, illustrates the performance, relatively, with an average country set at 100. Or in other words: A decreasing graph since the last report is not necessarily due to an actual worsening of the performance. 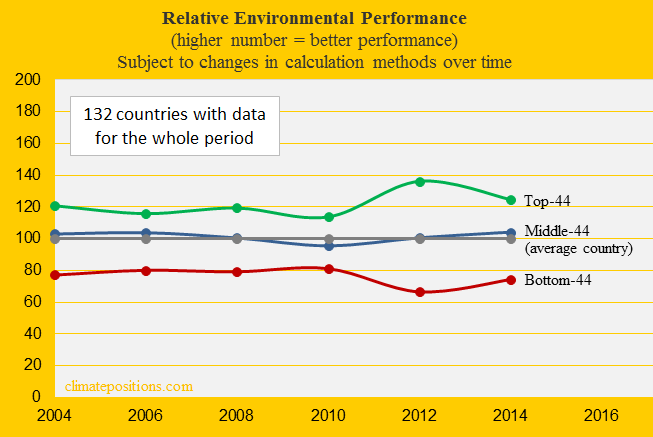 Top rankings in the Environmental Performance Index are far from a guarantee of sustainability; read this ‘article’. Read also about some of the overall ‘key findings‘ in the report.

The relative Environmental Performances over time (release year 2006-2016) of 180 countries, with diagrams, is available in the menu “Calculation (Excel)”.