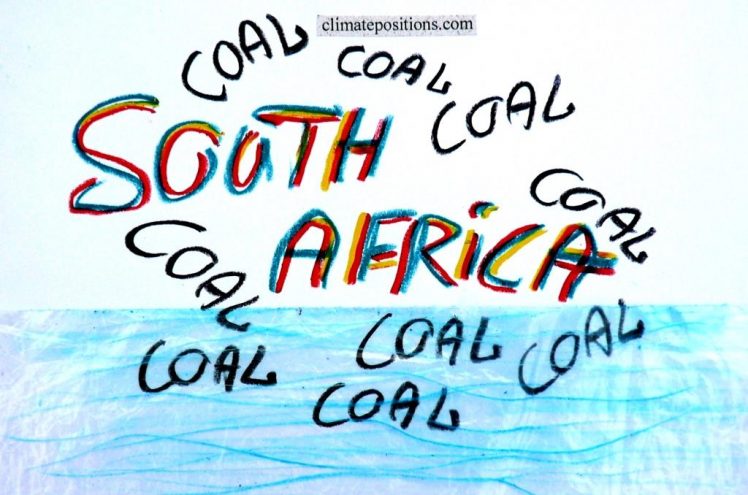 The second diagram shows the per capita CO2 Emissions from fossil fuels (without bunker fuels) and cement production since 2000. CO2 Emissions in 2012, 2013 and 2014 are preliminary estimates. The emissions from coal alone accounted for about 81% of the total emissions in 2012 (preliminary), only surpassed by North Korea’s 85%. See the table in the article ‘Climate Debt: Australia ranks 8th (performance of the twenty largest coal producers)’.

In 2012 South Africa accounted for 3.7% of the world’s coal production (ranked 7th). The diagram below shows the energy mix between 2000 and 2012. Since 2008 the coal production increased by 3% while the consumption decreased by 7%. Renewable energy generation was inexcusably insignificant – only 0.6% of the coal consumption in 2012. Still in 2012, renewable energy generation (Btu) was inexcusably insignificant amounting only 0.6% of the total coal consumption. 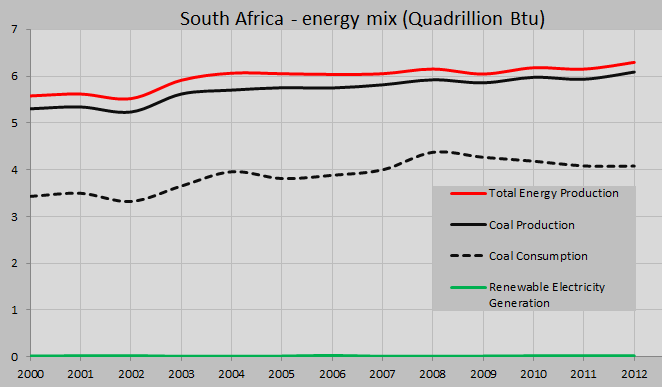 The diagram below shows the development of GDP(ppp-$) since 2000, in comparison with four countries at the same latitude: Australia, New Zealand, Chile, Botswana, and the world average. South Africa is among the most inequal countries in the world (‘Ranked’ 2nd on World Bank Gini Index, 2011) and the income of the 10% richest was 33 times higher than the income of the 10% poorest (‘Ranked‘ 17th on UN R/P, 2011). 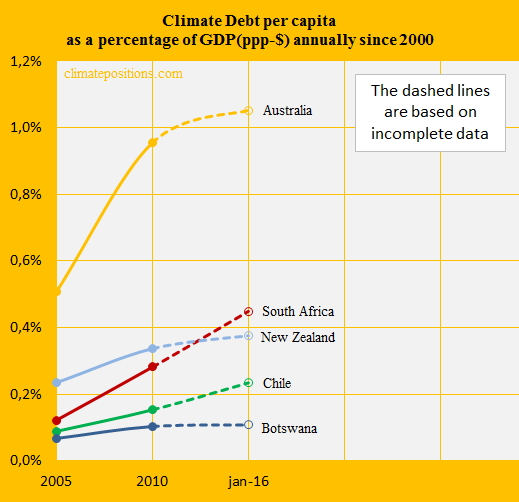 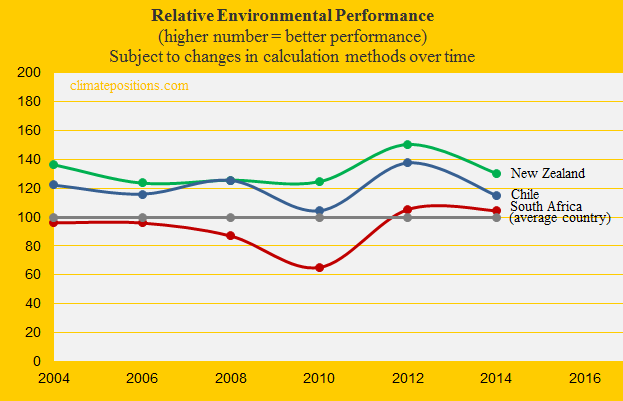 Inequality by country is from: ‘https://en.wikipedia.org/wiki/List_of_countries_by_income_equality’.