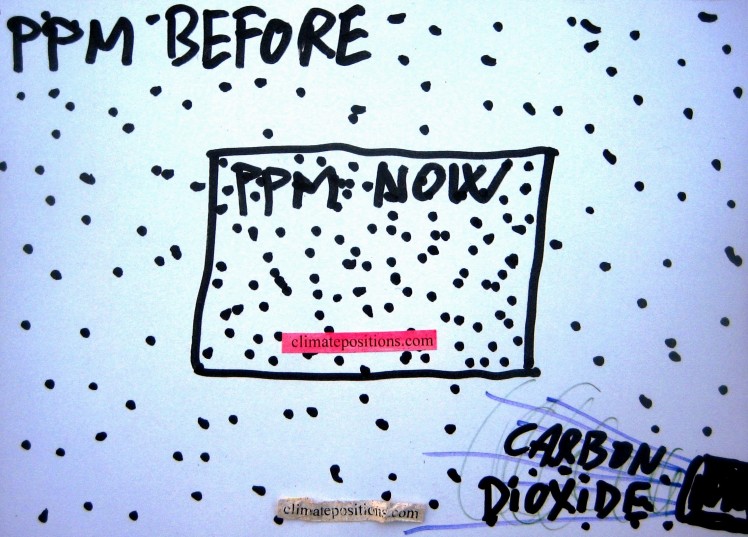 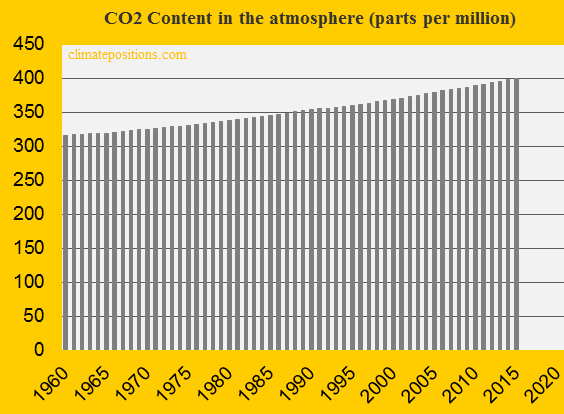 The dramatically accelerating increase of CO2 in the atmosphere since pre-industrial times is illustrated with a few figures below.

National Climate Debts in ClimatePositions increase due to the increase of CO2 in the atmosphere. An example: 3.8% of the accumulated Climate Debt of China is due to increased CO2 contend in the atmosphere between 2000 and 2015 (the 3.8% amounts to $24 billion or $0.19 per tons CO2 emitted from fossil fuels since 2000).

Sources on CO2 in the atmosphere: NOAA Earth System Researth Laboratory (links in the menu “Calculations”).

Data on historic carbon dioxide in the atmosphere is from’Wikipedia‘.