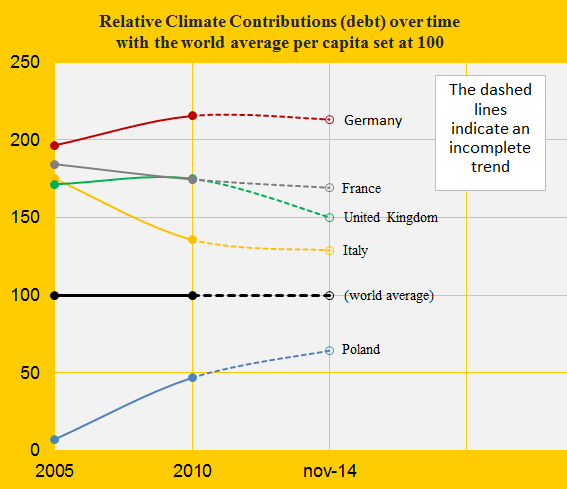 CO2 Emissions per capita annually since 2000 are shown in the diagrams below. United Kingdom’s reductions since 2006 are significant while Germany’s are negligible (note that 2013-emissions are preliminary estimates).

The Nuclear Power generation per capita of the two countries has decreased since 2000 (see below). However, United Kingdom has increased the generation marginally again after 2008. In ClimatePositions Nuclear Power is not accepted as a national CO2 Emission reduction instrument due to the dangerous radioactive waste (read ‘more‘). 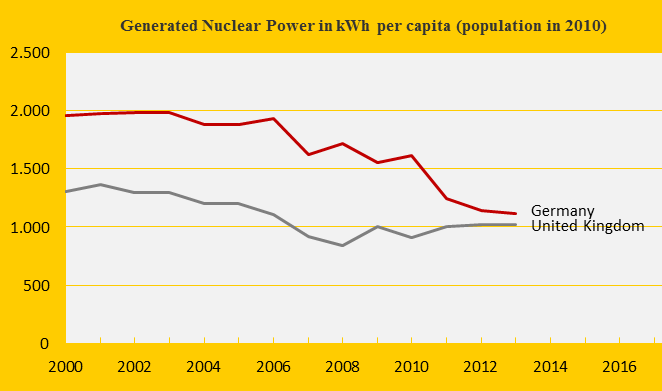 The Ecological Footprints without carbon emissions per capita of Germany and the United Kingdom are larger than an average country (set at 100 in the diagram below). Note that 1.5 earths are required today to meet the human demands on nature (read ‘more’). 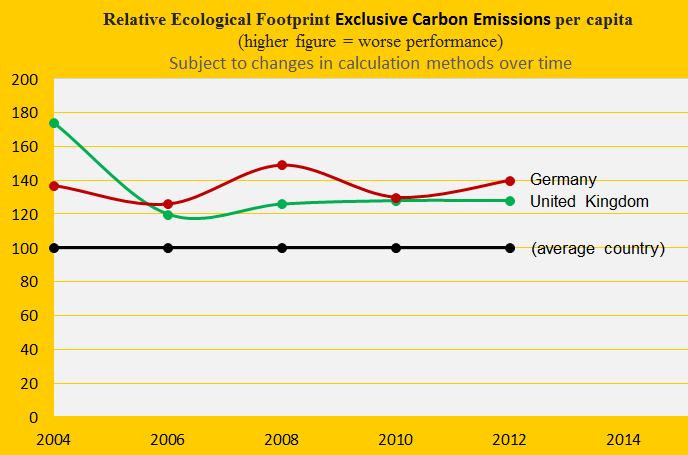 The next diagram shows the GDP(ppp-$) per capita of Germany, United Kingdom, France, Italy, Poland and the world average. Germany passed the United Kingdom in wealth in 2007, just before the financial crisis. 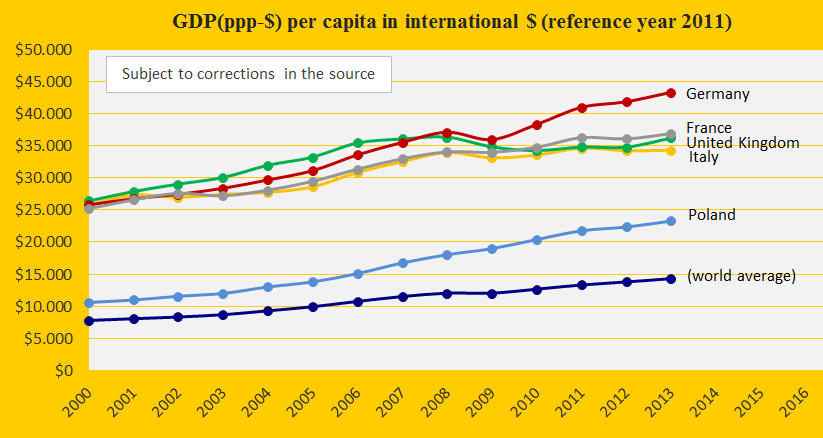 The last diagram (below) shows the accumulated Climate Contributions (debt) as percentages of the GDP(ppp-$) annually since 2000. Only the United Kingdom performs a deflected growth rate since 2010 among these five European countries. 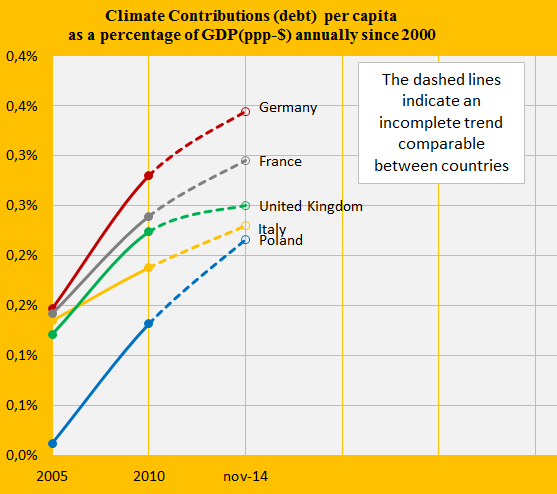 A hypnological example: If Germany had reduced the CO2 Emissions since 2006 at the same rate as the United Kingdom, then the accumulated climate debt would have been $1,308 per capita instead of $1,640 (20% savings).